It wasn't a good day to own this top social media stock, or shares of this monster oil company.

When certain high-profile stocks get above a certain level of market captialization, their prices can become very sensitive to earnings beats or misses. Even if a company otherwise does well, it can be punished for failing to meet expectations.

This was the case with two top stocks on Thursday: One apparently didn't record beats that were high enough in its latest quarter, while the other delivered a clear set of misses. Here's a little bit about both companies. 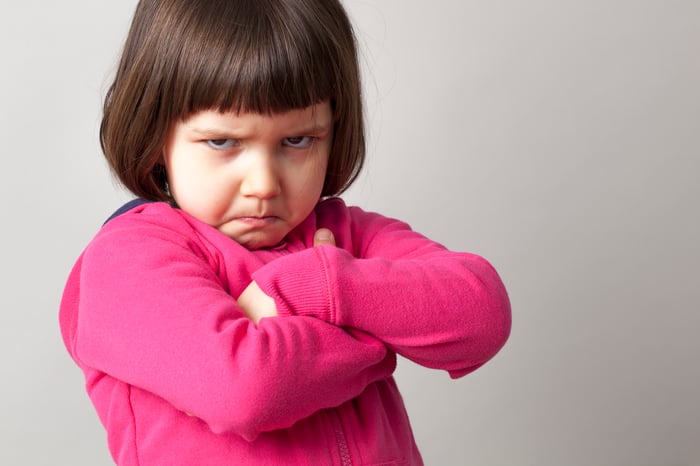 Facebook (META -0.76%), it seems, is a victim of inflated expectations. On Thursday the company reported its Q4 of fiscal 2019 results, and the headline figures beat analyst estimates. For this, investors punished the stock by trading it down by more than 6% on the day.

Revenue for the quarter was nearly $21.1 billion, a 25% improvement over the same period last year. This filtered down into net income of $7.3 billion ($2.56 per share) for year-over-year growth of 7%. In terms of visitor metrics, the average number of daily active users (DAUs) rose by 9%.

Both financial figures eclipsed the average analyst estimates, if not by much. On average, prognosticators were expecting $20.89 billion on the top line, with per-share net profit coming in at $2.53.

The company appears to be executing as well as it has in the past; maybe the rub is those growth numbers and/or analyst beats. In the past Facebook has posted significantly higher year-over-year improvements in both headline numbers, and some of its quarters have thoroughly squashed estimates.

But no company, not even mighty Facebook, can keep up sky-high growth forever. Now that everyone and her cousin seem to have Facebook profiles, it's getting to be a mature business.

Still, I think it's only going to get bigger and attract more of those crucial advertising dollars. The site is still frequently the only social media outlet many people use, and it's an unavoidable destination for a great many advertisers. I'm a Facebook shareholder myself, and I'm far from pushing the panic button on this stock. This reactive price dip doesn't spook me.

Royal Dutch Shell's (RDS.A) (RDS.B) Q4 of 2019 earnings release kicked off what we might term Oil and Gas Earnings Season. If the company's performance is any indication of what's to come, it won't be much of a party -- both share classes of the energy giant's stock fell on the day, with the A shares sliding by more than 3%.

The quarter saw Royal Dutch Shell post an attributable net income on a current cost of supplies (CCS) -- considered its key profitability metric -- that was 48% down on a year-over-year basis (to $2.9 million, some distance below analyst expectations of $3.15 billion). Revenue also turned south, tumbling by 18% to just over $84 billion.

Declines weren't entirely unexpected; lower prices for the oil and gas sector's major products are negatively affecting company results. The same can be said for petrochemicals, of which Royal Dutch Shell is a major producer.

Roller-coaster prices are a rule rather than an exception in the oil and gas business. It just so happens that we're not in an up cycle right now.

Still, Royal Dutch Shell remains profitable and it spits out a generous dividend (yielding almost 7% for both share classes at the moment). With potential cuts to the buyback program and a fierce adherence to at least maintaining its dividend, I think that payout is safe. I also don't believe investors should give up on Royal Dutch Shell solely on the basis of its latest results.