Shares of the footwear specialist jumped on a strong earnings report

Shares of Deckers Outdoor (DECK -3.78%) were climbing today after the Ugg maker turned in a better-than-expected third-quarter earnings report and raised its full-year guidance. The stock finished the session up 7.6% after trading up as much as 12.4% earlier in the day.

For the quarter, Deckers' sales rose 7.4% to $938.7 million, breezing past expectations of $900.4 million. The footwear specialist said Ugg sales rose 2.6% to $781.1 million, but the real standout was its Hoka One One running shoe brand, which saw sales jump 63.6% to $93.1 million, showing the company may have another breakout brand on its hands. Growth at Koolaburra, a sub-brand of Ugg, was also impressive, rising 94% to $39 million. At two of Deckers' smaller brands, Teva and Sanuk, sales declined in the quarter. 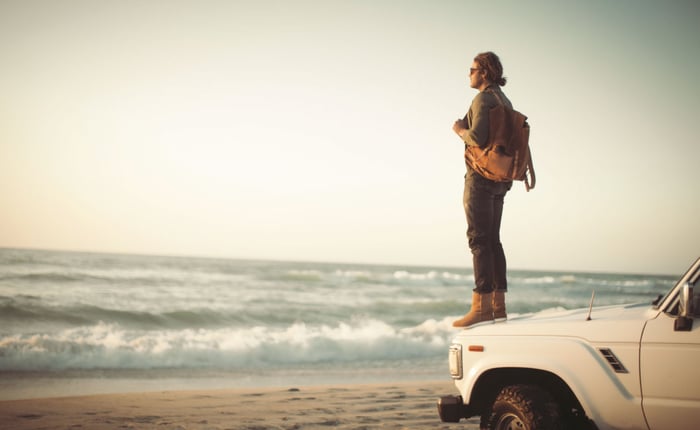 The strong top-line growth helped the company beat earnings estimates as well with earnings per share (EPS) increasing from $6.59 a year ago to $7.14, ahead of estimates of $6.55.

CEO Dave Powers said, "Our third quarter results were driven by three of our brands experiencing record levels of quarterly revenue, resulting in an updated outlook that reflects another year of strong top-line growth and earnings expansion."

Though guidance for the current quarter may be underwhelming, the strong performance by Hoka and Koolaburra show the company has the potential to capture the kind of growth that Ugg had in its earlier days once again. That and the strong results were enough to push the stock up today.