Phillips 66 Partners (PSXP) has shifted its strategy over the past few years from acquiring assets from its parent Phillips 66 (PSX 1.34%) to developing organic expansion projects. That pivot is paying off, which was evident in the company's fourth-quarter results. Those numbers put the company's 6%-yielding payout on a rock-solid foundation. Meanwhile, with more growth coming down the pipeline, that payout appears poised to continue growing.

Drilling down into Phillips 66 Partners earnings

As that table shows, Phillips 66 Partners' earnings and cash flow both rose double-digits compared to the prior-year period. The main factor fueling that growth was the completion of three expansion projects: the Bayou Bridge pipeline extension, the Lake Charles isomerization unit (which converts byproducts into useable feedstocks to make motor fuels), and the Lake Charles pipeline.

While the master limited partnership's cash flow surged overall, it declined on a per-unit basis. That's entirely due to a transaction with its parent to eliminate the incentive distribution rights -- which are costly management fees -- that it was paying to Phillips 66. Its parent agreed to extinguish these rights (which will save Phillips 66 Partners money over the long term) in exchange for additional units in the MLP.

Even with the added units, Phillips 66 Partners generated enough cash to cover its high-yielding payout -- which it has increased by 11% over the past year -- by a comfortable 1.27 times during the quarter. The MLP also ended the quarter with a strong balance sheet, backed by a low 2.9 debt-to-EBITDA ratio, well below the sub-4.0 target of most MLPs. Those two metrics, when combined with the company's stable cash flow profile since long-term fee-based contracts provide all its earnings, put its high-yielding payout on a firm foundation. 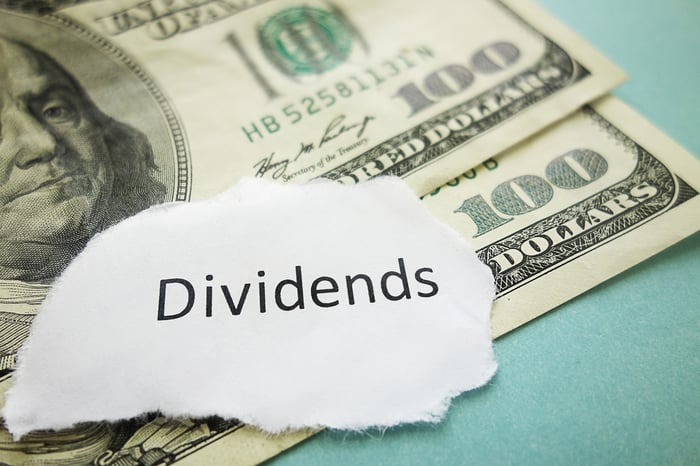 What's ahead for Phillips 66 Partners?

Phillips 66 Partners' growth engine is about to shift into another gear in 2020 thanks to the upcoming completion of several more expansion projects. Leading the way is the 900,000-barrel-a-day Gray Oak Pipeline, which it started up in November and should reach its full capacity by the second quarter. The MLP owns a 42.25% stake in this $2.7 billion pipeline project, making it a needle-mover for the company.

That pipeline will transport oil produced in the Permian Basin to destination points in Corpus Christi, Texas, including the South Texas Gateway Terminal that's under construction. Phillips 66 Partners holds a 25% interest in this $625 million project that should come online in the third quarter.

Meanwhile, the company has two smaller, wholly owned projects under construction that should start up later this year. It's investing $80 million to expand the capacity of the Sweeny to Pasadena Pipeline as well as storage space at the Pasadena Terminal that should both come online in the second quarter. Finally, it's spending $150 million on increasing the storage capacity at Clements Caverns, which it expects to finish by the fourth quarter.

Phillips 66 Partners is also investing $335 million to build the C2G pipeline, which should start-up by the middle of next year. Meanwhile, it budgeted funds to participate in the expansion of the Bakken Pipeline. As these projects come online, they'll provide Phillips 66 Partners with additional sources of steady cash flow that it can use to continue growing its distribution to investors.

Phillips 66 Partners has done an exceptional job expanding its cash flow so that it can support steady increases in its high-yielding distribution. Overall, the MLP has raised its payout for 25 consecutive quarters. That trend appears likely to continue in 2020, given all the growth it has coming down the pipeline from its current slate of expansion projects. Add that to its strong financial profile, and Phillips 66 Partners is an ideal option for dividend investors.