The top water heater manufacturer is struggling in its key market.

China was front and center on the Q4 2019 earnings call for water heater manufacturer A.O. Smith (AOS -1.85%) on Jan. 28. But for a change, it wasn't about tariffs or the coronavirus; it was all about sales.

About 34% of A.O. Smith's revenue comes from China, so the slowing economy there has materially affected earnings. That trend continued in the most recent quarter, but management seems to think the worst is behind it. 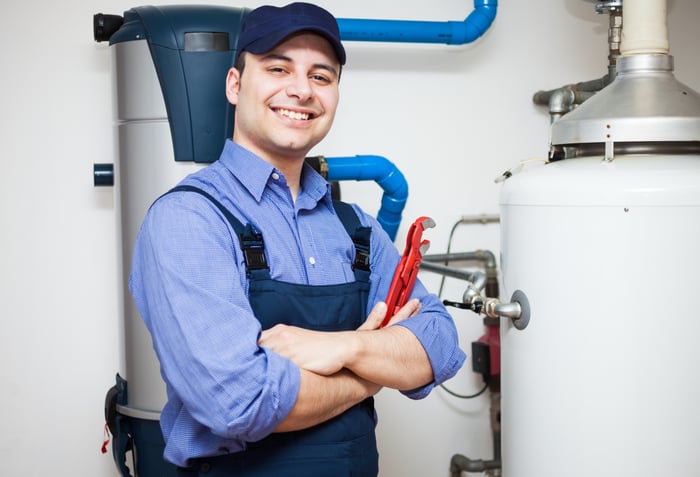 A.O. Smith earnings: By the numbers

Although revenue, net income, and earnings per share crept up slightly from Q3, they were way down versus the year-ago quarter. The company divides its operations into two divisions: North America and Rest of World. The biggest factor in the underperformance was the Rest of World segment, where net income fell so much as to be virtually nonexistent: 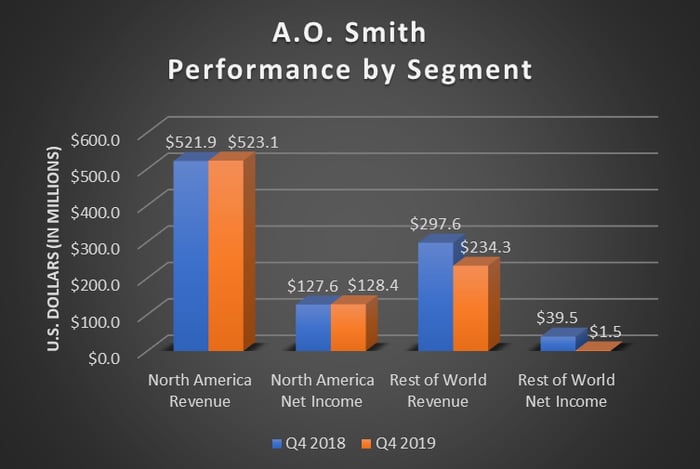 The vast majority of A.O. Smith's overseas sales (about 94.3%) are from China. Unfortunately, thanks to unfavorable currency headwinds, a slowing economy, and a product mix that consisted of more lower-margin midprice models, China sales fell 19% in 2019, to about 29.4% of overall revenue.

Sales in the company's only other overseas market of any significance, India, actually grew by 13% in 2019, but India makes up only about 2.4% of overall sales. Which means that A.O. Smith has to either boost North American sales to make up for the Chinese losses, or figure out how to reverse the trend in China.

On the earnings call, management said that its elevated inventory levels in China have already returned to normal, and that it anticipates a 2.5% increase in China sales, which will drop to a 1% increase in U.S. dollars after currency effects are factored in.

CEO Kevin Wheeler acknowledged that China sales were a problem, but said the company had been taking steps not only to turn things around in its top overseas market, but also to boost sales in North America:

In 2019, we laid the groundwork for future success with several activities. An acquisition was added to our North America water treatment portfolio; China channel inventory levels declined, to be within the normal range of two to three months; we substantially completed our re-entry into the high-end of midprice-range products in China with new products specifically designed to target this demographic; and full implementation of our enterprise resource planning environment in North America is nearly complete. In 2020, we look forward to building from these actions.

Wheeler announced guidance for 2020 revenue growth between 4.5 and 5.5 percent, which wouldn't quite erase 2019's 6% decline in revenue from 2018. He projected 2020 per-share earnings between $2.40 and $2.50, which would represent an increase between 8.1% and 12.6% over 2019. But he cautioned that the guidance excluded the potential impact of the coronavirus, which has been causing travel disruptions and economic uncertainty in China that have rippled around the globe.

A.O. Smith has low debt and is currently priced attractively at 19.5 times earnings, which is near the low end of its range. Problems in China may limit the company's growth in the near term, but value investors may want to keep it on their radar screen.