Please ensure Javascript is enabled for purposes of website accessibility
Log In Help Join The Motley Fool
Free Article Join Over 1 Million Premium Members And Get More In-Depth Stock Guidance and Research
By Leo Sun - Feb 3, 2020 at 9:00AM

The luxury goods giant generated strong growth in 2019, but uncertain headwinds remain on the horizon.

LVMH (LVMUY 4.13%), the world's largest luxury goods company, recently posted its fourth-quarter and full-year results. Its revenue rose 12%, with 8% organic growth during the fourth quarter, which marked a deceleration from its 11% organic growth in the first nine months of the year.

For the full year, LVMH's revenue rose 15% with 10% organic growth. Its profit from recurring operations grew 15% as its net profit improved 13%. Those robust growth rates suggest that LVMH's core businesses remain well-insulated from macro headwinds, but could its armor crack in 2020? Let's dig into the five key takeaways from LVMH's report to find out. 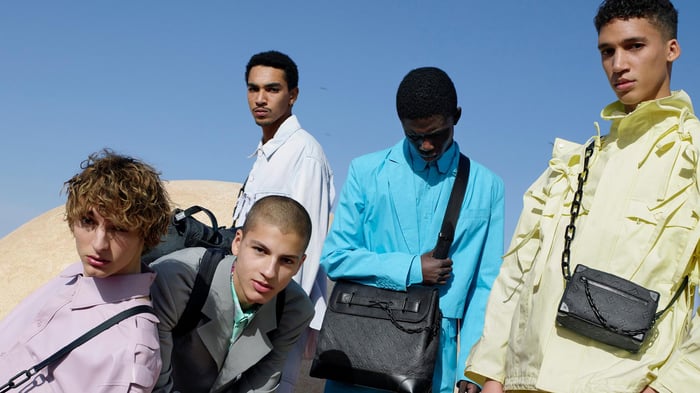 1. Sales of fashion and leather goods are surging

It attributed the unit's growth to the "remarkable" growth of Louis Vuitton and Christian Dior. Both brands expanded their reach with exhibitions and new stores during the year. LV notably reached for younger consumers with a new esports partnership with Tencent's (TCEHY 3.61%) League of Legends.

LVMH also promoted Fendi with a final tribute to the late Karl Lagerfield, rolled out new boutique stores and a high-end perfumery collection at Celine, unveiled new designs at Loewe, and reported "good progress" at Loro Piana, Rimowa, and Berluti. In short, LVMH's core business continues to widen its moat against high-end rivals like Kering and Chanel.

LVMH's wines and spirits revenue rose 8% (with 6% organic growth) and accounted for 10% of its full-year revenue. Its profit from recurring operations, which accounted for 15% of its operating profit, improved 6%.

It attributed that growth to a "normalization" of stock levels in the U.S. and higher sales in China ahead of the Chinese New Year. It noted that Hennessy cognac became the world's top premium spirits brand during the year, and that champagne sales -- which softened in the third quarter -- accelerated with stronger sales of pricier brands.

LVMH's watches and jewelry sales grew 7% (with 3% organic growth), accounting for 8% of its top line. Its profit from recurring operations rose 5% and accounted for 7% of its operating profit. Bvlgari, Chaumet, and Hublot all generated strong sales, while TAG Heuer -- a laggard in recent years -- streamlined its distribution network and worked on new designs. LVMH's upcoming acquisition of Tiffany & Co. (TIF), which is set to close in mid-2020, should further strengthen this business.

LVMH's perfumes and cosmetics business, which accounted for 13% of its sales and 6% of its operating profit, experienced strong demand for flagship brands like Dior, Guerlain, and Givenchy. Rihanna's Fenty Beauty brand gave it a boost in western markets, while skincare products gained ground across Asia.

As a result, the segment's revenue rose 12% (with 9% organic growth) for the year. However, its profit from recurring operations grew just 1%, due to the "exceptional depreciation" of "certain young American brands."

Lastly, LVMH's selective retail business, which generated 28% of its revenue and 12% of its operating profit, saw strong growth at Sephora -- especially in Asia and the Middle East -- which offset a slowdown at DFS in Hong Kong. Its total revenue rose 8% (with 5% organic growth), but its profit from recurring operations only rose 1%, indicating that the macro headwinds were pressuring its brick-and-mortar margins.

4. Stable margins and a dividend hike

LVMH faced some challenges throughout 2019, but its strengths still outweighed its weaknesses. Its gross margin dipped 40 basis points to 66.2%, but tighter cost controls kept its operating margin unchanged at 21.4%.

LVMH also raised its full-year dividend 13% to €6.80 ($7.51) per share, which includes a €2.20 payment last December and an upcoming payment of €4.60 this April. That translates to an annual yield of 1.7%. It spent just 51% of its operating free cash flow on dividends over the past year, so it still has plenty of room for future hikes.

5. Macro uncertainties on the horizon

LVMH's growth rates for 2019 look solid, but it still faces uncertain headwinds in 2020. In China, the Hong Kong protests reduced its revenue from the region 40% annually during the fourth quarter, the coronavirus forced it to shutter some of its stores in Wuhan, and travel restrictions could throttle its sales across the country. The unresolved trade dispute between the U.S. and Europe could also result in higher tariffs on LVMH's products.

LVMH's stock isn't cheap at about 30 times forward earnings, so any of those headwinds could hurt the stock in 2020. However, I personally remain bullish on LVMH's long-term prospects, since it's well insulated from the trade war and has been a solid defensive stock in previous economic downturns.