Please ensure Javascript is enabled for purposes of website accessibility
Log In Help Join The Motley Fool
Free Article Join Over 1 Million Premium Members And Get More In-Depth Stock Guidance and Research
By Rick Munarriz - Updated Feb 4, 2020 at 8:15AM

The family entertainment behemoth reports earnings on Tuesday afternoon, but answers to some questions only drum up new questions.

Depending on how you look at it, there's never been a better -- or worse -- time to own Disney (DIS -1.72%). The media giant closed out fiscal 2019 with a bang, and it reports financial results for its fiscal first quarter after Tuesday's market close.

There were plenty of question marks heading into the quarter that ended in December. Would the Nov. 12 launch of Disney+ be a success? Could Disneyland turn its attendance around after back-to-back quarters of year-over-year declines? Would Frozen 2 and Star Wars: The Rise of Skywalker secure a monster 2019 calendar year for Disney at the box office? Not every answer has to be a winner for Disney, and some answers will only lead to new questions. There's a lot on Disney's plate, but that's par for the course these days. 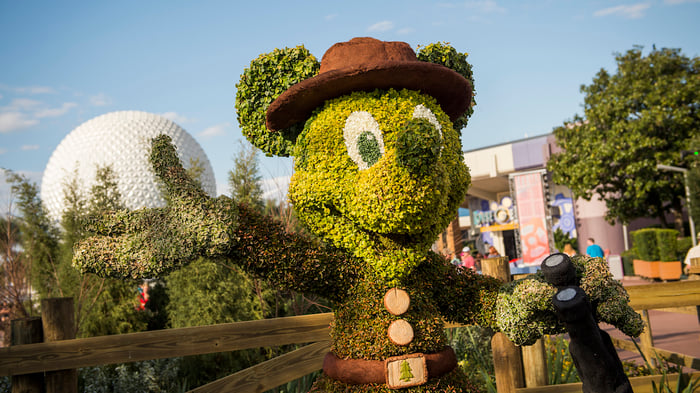 Disney stock beat the market in 2019, posting a double-digit percentage gain for the first time in four years. A lot of things went right for the company. It rocked the box office, ultimately scoring all six of the highest grossing movies domestically. The latest installment in the Star Wars series didn't fare as well as previous releases, but it remains a franchise that Disney can continue to build on as it fleshes out new stories. Disney+ topped 10 million subscribers within its first day of operation, also scoring its first original hit in The Mandalorian.

Theme park attendance was a sore spot, but revenue still inched higher with folks spending more on their visits to Disney's gated attractions. The media networks division posted a big acquisitions-related gain, but even on an organic basis, the House of Mouse held up better than other fading cable and broadcast TV stars.

There will be plenty of questions coming out of Tuesday afternoon's report. How will Disney+ top The Mandalorian? If Disneyland attendance didn't bounce back during the holiday quarter, can it happen for the current quarter now that the new Star Wars ride opened in January? Can Disney's admittedly weaker slate of 2020 releases come close to surpassing last year's multiplex mastery? Getting back to the theme parks, what kind of financial hit can investors expect given the recent coronavirus-related closures of its minority-owned attractions in Shanghai and Hong Kong?

Will Disney itself be able to avoid the potential wider net of the fatal coronavirus or recessionary fears? Like one of its Marvel films, there's never a dull moment when it comes to Disney.