Please ensure Javascript is enabled for purposes of website accessibility
Log In Help Join The Motley Fool
Free Article Join Over 1 Million Premium Members And Get More In-Depth Stock Guidance and Research
By David Jagielski - Feb 4, 2020 at 9:39AM

Could this be the game-changer growers need to turn things around?

It isn't impossible for cannabis stocks to report profits, but finding stocks in the industry that can do so consistently is another story. That's one of the reasons many investors steer clear of the industry, as a lack of profitability and lots of cash burn have made the sector a very risky one to invest in. Two Israeli companies are researching an exciting new technology that could change the outlook for the industry, which could help cannabis companies improve their margins.

Two Israeli companies, medical marijuana provider Cann10 and biotech company Epigenetics, are working together on a way to modify a cannabis plant to produce higher yields. Through a joint company called Cann10 EpiGen, they will be researching a breeding technology in the coming weeks. The technology is based on epigenetics, which involves DNA modifications that do not change the sequence of DNA. It's been successful with increasing the yields of agricultural crops like tomatoes and corn by increasing photosynthesis. Now we'll see whether the same approach works with cannabis. 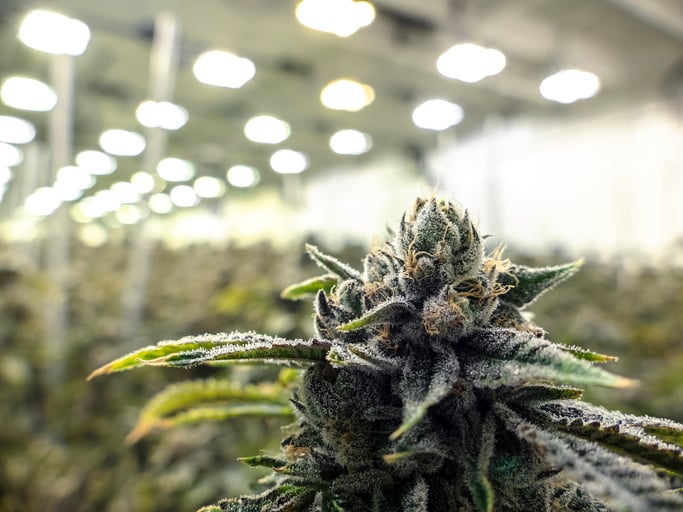 Cann10 CEO Ori Alperovitz doesn't mince words when talking about the potential he believes the technology has, stating, "We believe that the ground breaking [sic] invention will change the rules of the game of the global cannabis industry." The companies aren't planning to hold on to the technology themselves, either. Alperovitz stated that "As the research progresses, the joint company may work toward providing franchises to use the technology in Israel and abroad."

The companies expect to release their initial results from the research in six months.

Improving yields would mean that cannabis companies could produce more products from the same amount of plants. That would drive down costs and improve margins, which for some companies may be enough to hit breakeven.

Aurora Cannabis (ACB -4.78%), for example, generated gross margins of 48% in 2019. Unfortunately, with operating expenses making up more than 168% of gross revenue, Aurora still has a long way to go to break even.

Aurora's operating margin was negative 118% and its net margin was a negative 106%. With general and admin costs and sales and marketing expenses accounting for 97% of gross revenue, Aurora needs a lot of help any way that it can, as do its peers, and improving gross margins is a good place to start.

That's why securing this technology, perhaps even acquiring it outright via the purchase of Cann10 Epigen, could be a way to give a cannabis producer a big advantage, especially if it can also keep the technology out of the hands of its competitors as well.

Improving plant yield would also help increase the value of its biological assets and perhaps improve the accuracy of recording them as well, preventing the gains and losses that are often found on the income statement. Aurora, in its most recent quarter, had a fair value adjustment of CAD$97 million in its biological assets. By comparison, Aphria had an adjustment of CA$21 million.

These adjustments are common for many companies, not just Aurora and Aphria, and that's why financial statements in the industry aren't always of high quality, since their numbers can often be skewed. Any way to improve yields and make the asset values more predictable will help make financial statements stronger, which, in turn, will make companies more investable. There's no downside to improving yields, and that's why every cannabis company should be interested in acquiring the technology.

Although these companies aren't spending millions or billions to invest in this technology, that doesn't mean that it isn't worth consideration from a major cannabis company. With so much competition in the industry not just domestically but around the world, companies are going to need to acquire technologies and assets that give them advantages over their rivals.

The technology these two Israeli companies are researching is what cannabis companies should be seeking out. Any possibility for a company to add to its competencies and improve its chance at profitability is worth exploring, especially if it may not cost a fortune to do so. Cannabis stocks have been under pressure from their shareholders this past year, and they need something positive to rally around. A technology that can improve their prospects for profitability could do the trick.

Investors should keep a close eye on what happens with Cann10 EpiGen this year and whether North American cannabis companies show an interest, as doing so could give them an important advantage in the industry and make them better buys.