PAH is a rare but serious disorder characterized by abnormally high blood pressure in the lungs. The underlying cause of PAH is a mystery in most cases, but it has been associated with a host of ailments like HIV infection, autoimmune disorders, and even drug-related side effects. 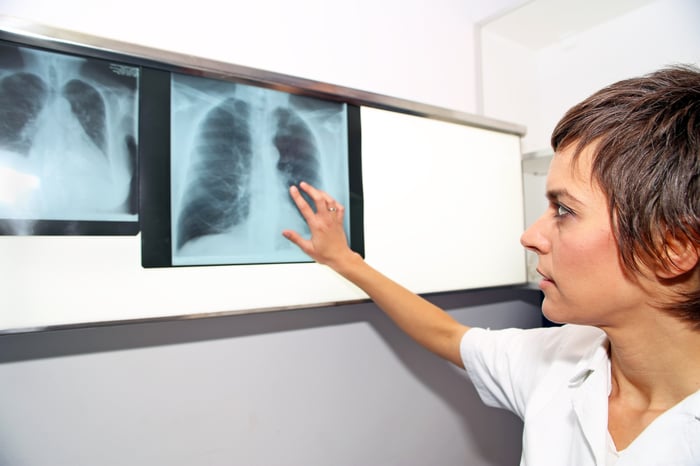 The global PAH market is forecast to hit $9.3 billion in annual sales by 2026, according to a report by Grand View Research. That's an enormous commercial opportunity for a company that currently sports a market cap of approximately $4.8 billion. That being said, PAH is already a highly competitive market, with more drugs on the way. So it's not altogether clear what kind of peak sales sotatercept could actually muster.

What's more, the drug still needs to hit the mark in a pivotal, late-stage trial -- a clinical milestone that's expected to take several years to achieve. Therefore, the stock's sizable uptick on this positive midstage trial data might be a tad premature.

Should investors take profits? Acceleron's shares seem to be holding on to their recent gains mainly due to the hype surrounding a possible takeover. PAH is a highly coveted indication in the world of big pharma, after all, and sotatercept does have the potential to be a best-in-class PAH treatment. Although a buyout doesn't seem likely at this early juncture, there is an outside chance that one or more suitors may be willing to take the risk of paying top dollar for an experimental PAH drug. As such, investors might want to hold on to this midcap pharma stock for the time being.