Please ensure Javascript is enabled for purposes of website accessibility
Log In Help Join The Motley Fool
Free Article Join Over 1 Million Premium Members And Get More In-Depth Stock Guidance and Research
By Leo Sun - Feb 4, 2020 at 10:23AM

GSX Techedu (GOTU -2.83%), an online education company in China, went public last June at $10.50 per share. Its stock has more than tripled to the mid-$30s since then, but it still trades at 13 times forward earnings -- which seems ridiculously low relative to analysts' forecasts for 175% revenue growth and 163% earnings growth next year.

That valuation suggests that GSX Techedu is ridiculously undervalued, so why isn't it trading much higher? Let's take a closer look at its core business to find out.

GSX Techedu operates a live streaming platform that offers remote after-school classes for K-12 students. Each session can host up to 100,000 students. In its F-1 filing, GSX cites the "significant imbalance of education resources between urban and more remote areas in China" as its key tailwind. 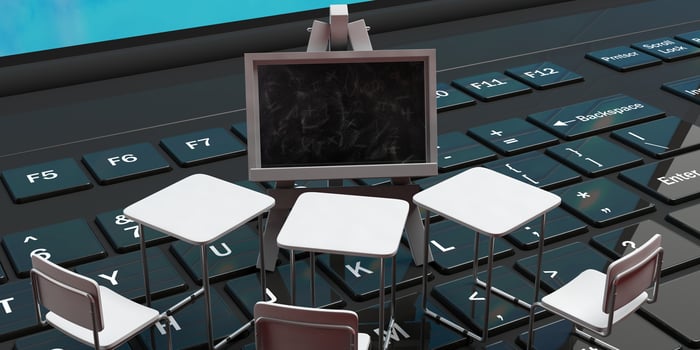 GSX's founder and CEO Larry Chen was previously the executive VP of New Oriental Education and Technology Group (EDU -4.92%), a larger K-12 education platform for online students, from 2010 to 2014.

How fast is GSX growing?

GSX's growth in revenue and gross billings has been explosive over the past two years. GSX attributes that growth to a rising number of student enrollments and higher tuition fees, which indicate that it has decent pricing power in a crowded market.

However, GSX's growth in gross billings, the total amount of cash received after refunds are deducted, decelerated as its total revenue rose. GSX offers complete refunds on unattended classes, so a deceleration suggests that a growing number of students aren't completing entire courses.

How profitable is GSX?

GSX was unprofitable for years before achieving its first operating profit in the third quarter of 2018, and its profitability improved significantly since its IPO. Between the first nine months of 2018 and 2019, GSX's non-GAAP gross margin rose from 60.6% to 72.1%.

Why aren't the bulls more excited?

GSX's growth metrics are improving, but there are a few red flags. First, analysts' expectations for 175% revenue growth and 163% earnings growth next year indicate that its growth is slowing, and it's unclear when that deceleration will stabilize. 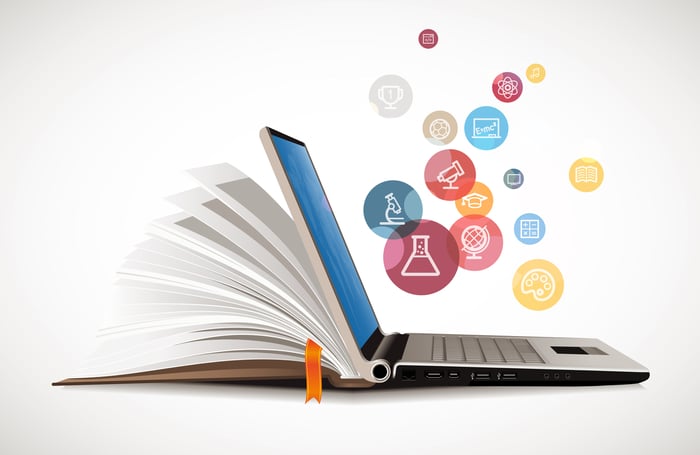 GSX claims to be the third-largest K-12 online education platform in China, but it faces intense competition in the online education market from big rivals like New Oriental Education, TAL Education (TAL -3.32%), Tencent's Penguin Tutoring, and NetEase's YouDao, as well as VC-backed edtech unicorns like Yuan Fu Dao, Zuoyebang, and VIPkid. All that competition could lead to a price war and erode GSX's fragile profit margins.

GSX also uses a dual-class structure that gives CEO Larry Chen complete control over the company, which represents a key person risk and prevents any stakeholders from influencing the company's future. GSX also announced a sale of 15 million secondary shares by certain shareholders last November -- which suggests that some major investors considered the stock too hot to handle after its IPO.

Is it a good speculative investment?

GSX Techedu's forward P/E of 13 is cheap relative to those of its peers -- TAL Education and New Oriental trade at 64 and 26 times forward earnings, respectively. However, GSX is also an underdog in a crowded market, and its slowdown in gross billings suggests that students are asking for refunds and dabbling with rival platforms.

GSX is an interesting speculative play that could surge higher, but it's trading at a discount because analysts aren't sure if it can withstand the competitive headwinds. I'll keep an eye on this stock, but I think investors should stick with more established Chinese tech companies for now.