Please ensure Javascript is enabled for purposes of website accessibility
Log In Help Join The Motley Fool
Free Article Join Over 1 Million Premium Members And Get More In-Depth Stock Guidance and Research
By George Budwell - Feb 5, 2020 at 10:46AM

Puma's shares are on fire today.

Shares of Puma Biotechnology (PBYI -9.12%), a small-cap cancer company, are absolutely on fire this morning. Specifically, the biotech's shares gained as much as 38% right out of the gate Wednesday. Puma's shares are still up by a healthy 32% as of 9:46 a.m. EST. 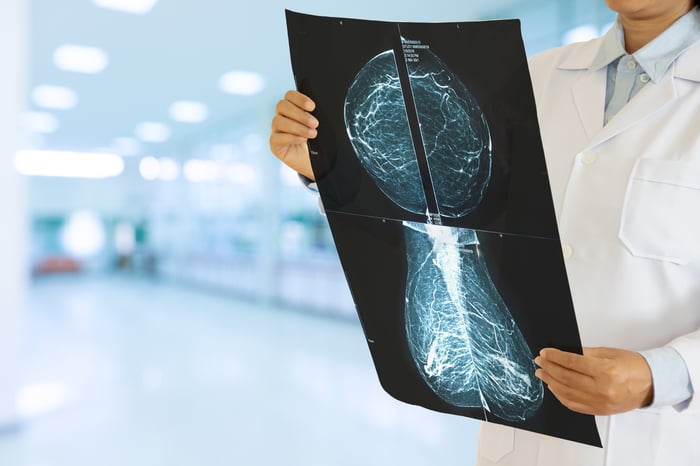 Two factors may be behind this abrupt, double-digit uptick in Puma's stock today. First, the biotech has consistently been one of the most heavily shorted equities in the industry over the prior 12 months. Short-sellers have piled on to this name due to the worrisome side effects associated with the company's breast cancer drug, Nerlynx. Although Nerlynx is targeting a fairly large commercial opportunity, it has also seen an alarmingly high discontinuation rate due to severe diarrhea. This noteworthy pop, in turn, could be nothing more than a bout of covering on the part of one or more short-sellers.

Second, Puma may be fetching some takeover interest -- which short-sellers might have caught wind of before the general public. Several big biopharmas have already announced plans this year to boost their pipelines through merger and acquisition activity, after all. Puma, for its part, might be an especially attractive target, given that its shares are trading at a small fraction of Nerlynx's commercial potential.

Should investors jump on this surging biotech stock today? Unfortunately, the answer is probably not. Stated bluntly, Puma's shares could quickly give back these impressive gains due to the lack of a clear-cut catalyst. And that's simply not an attractive setup for long-term investors.