The health insurer's buyout of a leading pharmacy benefits manager in late 2018 made a big difference in its Q4 results.

Cigna Corporation (CI) took investors on a wild ride in 2019. The stock plunged more than 20%, only to make a big comeback toward the end of the year. Cigna ultimately delivered a gain of nearly 8% and entered 2020 with strong momentum.

That momentum was put to the test when the global health service company announced its 2019 fourth-quarter and full-year results before the market opened on Thursday. But it looks as if Cigna passed that test. Here are the highlights from the company's Q4 update. 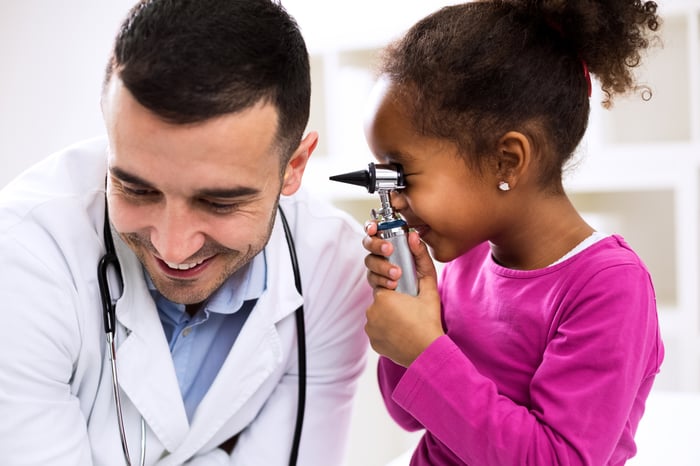 Cigna announced Q4 revenue of $38.2 billion, a huge 167% increase from the $14.3 billion reported in the same quarter of the previous year. This result easily beat the average analysts' revenue estimate of $35.1 billion.

The company reported net income in the fourth quarter of $977 million, or $2.60 per share, based on generally accepted accounting principles (GAAP). This reflected significant improvement from Cigna's net income of $144 million, or $0.55 per share, generated in the prior-year period.

Cigna's adjusted non-GAAP bottom line also looked good in the fourth quarter. The company announced Q4 adjusted earnings per share of $4.31, up 75% year over year. The consensus Wall Street estimate was for Cigna to post adjusted EPS of $4.20.

There was a simple explanation behind Cigna's tremendous year-over-year growth. The company acquired pharmacy benefits manager Express Scripts on Dec. 20, 2018.

Express Scripts is now part of Cigna's health services segment. This segment generated adjusted revenue of $25.6 billion in Q4. Health services made $3.3 billion in revenue in the prior-year period.

The company's international markets segment sells supplemental health, life, and accident insurance in countries outside the U.S. and provides healthcare benefits for employees of multinational organizations and individuals who travel extensively to other countries. Cigna reported that the international markets segment had adjusted revenue of $1.43 billion in Q4, an increase of 5.5% year over year.

Cigna also sells group long-term and short-term disability products along with group life, accident, voluntary, and specialty insurance products in its group disability and other operations segment. Adjusted revenue for this segment in the fourth quarter rose nearly 4% year over year to $1.29 billion.

Cigna CEO David Cordani said, "Our strong momentum going into 2020 positions us for continued growth, and to deliver sustained value for our customers and clients, as we create greater affordability, predictability and simplicity for their benefit."

There are some factors that could slow Cigna's momentum down this year. The U.S. presidential campaign negatively affected some healthcare stocks in 2016 and could do so again in 2020. A nasty flu season and the potential for a wider outbreak of the coronavirus could also drive medical costs higher, eating into Cigna's profits.

3 Stocks That Soared After Election Day: Are They Buys Now?

3 Medical Insurance Stocks You Can Buy On Sale Right Now