Toyota Motor (TM -0.23%) reported operating profit of 654.4 billion yen ($5.95 billion) for the quarter that ended on Dec. 31, ahead of analysts' expectations, and it raised its profit guidance for the fiscal year that will end on March 31.

Toyota's operating profit fell 3.6% from a year ago, but it was solidly above the Wall Street consensus estimate of 643.8 billion yen as reported by Bloomberg. Revenue of 7.54 trillion yen also topped the analysts' 7.42 trillion-yen estimate.

Like many Japanese companies, Toyota's fiscal year begins on April 1. The quarter that ended on Dec. 31 was the third quarter of its 2020 fiscal year. 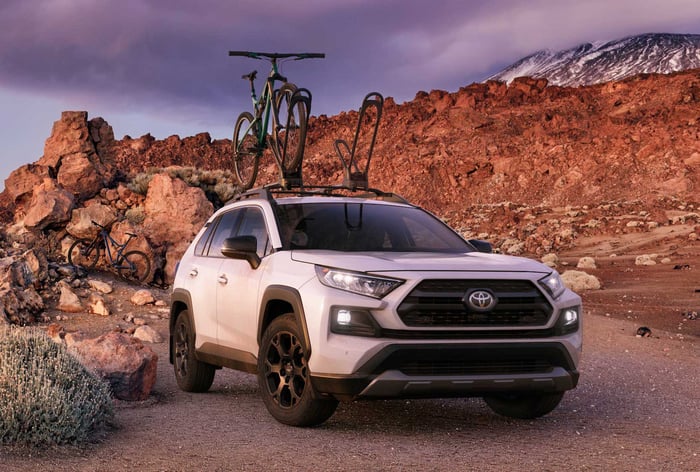 The compact RAV4 crossover was once again Toyota's best-seller in the U.S. in 2019. Image source: Toyota.

What happened in the quarter that ended on Dec. 31

In a nutshell: Toyota's operating income fell year over year because of unfavorable exchange-rate movements and (to a lesser extent) higher incentives in some markets, which the company was able to offset with cost reductions and currency hedging.

Toyota maintained its previous full-year guidance for sales and revenue, but it bumped up its expectations for operating income and net profit. Here's what management said that auto investors should expect in the fiscal year that will end on March 31, 2020: