Shares of mobile games publisher Glu Mobile (GLUU) are skyrocketing today, having risen 22% as of 12:30 p.m. EST. The company posted fourth-quarter earnings after the closing bell on Wednesday, and investors are focusing on the upside of that mixed report.

Glu's fourth-quarter sales rose 18% year over year to $113 million. Earnings swung from a $0.01 loss per share to a net profit of $0.07 per share. Your average analyst had been looking for earnings near $0.08 per share on revenues in the neighborhood of $104 million. 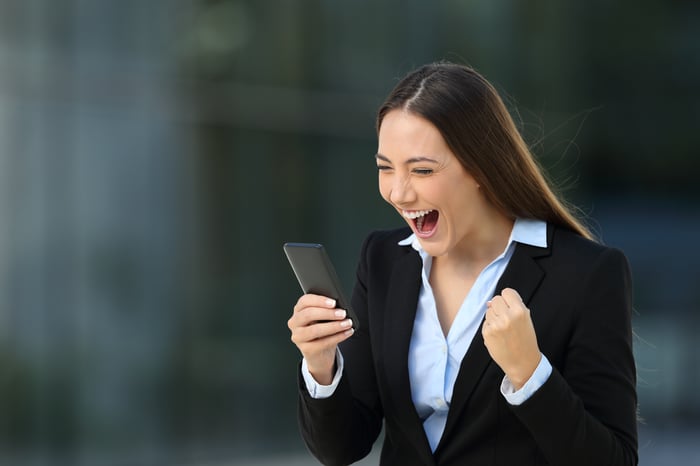 This company has been trying the patience of its investors lately. The stock has nearly doubled from the 52-week lows it set last August, but still needs to climb another 30% in order to match the annual highs from last April. Glu hasn't met or exceeded a consensus earnings target since the summer of 2016. Established hits Covet Fashion, Tap Sports Baseball, and Design Home posted solid revenue growth in the fourth quarter, and Glu is going to launch a licensed Disney (DIS -0.63%) title at some point in the current quarter. But mobile gaming is a notoriously fickle market, where today's hit often becomes tomorrow's forgotten debris. That being the case, I wouldn't recommend investing in Glu Mobile unless you have the stomach for some wild swings along the way. You just never know where this ultravolatile stock will go next.