Please ensure Javascript is enabled for purposes of website accessibility
Log In Help Join The Motley Fool
Free Article Join Over 1 Million Premium Members And Get More In-Depth Stock Guidance and Research
By Alison Healey - Feb 7, 2020 at 7:36AM

Years of planning have gone into a giant West Coast LNG terminal, but the project's future is uncertain.

The Jordan Cove LNG export project has been under development for more than a decade, but the project recently hit a permitting snag that may be insurmountable. Pembina Pipeline (PBA -0.03%) took over Jordan Cove when it acquired fellow Canadian gas producer Veresen in 2017, and it's time to look at how important the project is to its long-term growth prospects.

Pembina's primary business is oil and gas pipelines. The company, based in Calgary, Alberta, owns a system of pipelines that transport crude oil, natural gas, and natural gas liquids (NGLs) produced primarily in Western Canada. It also has gas gathering and processing facilities and an oil and NGL infrastructure and logistics business. 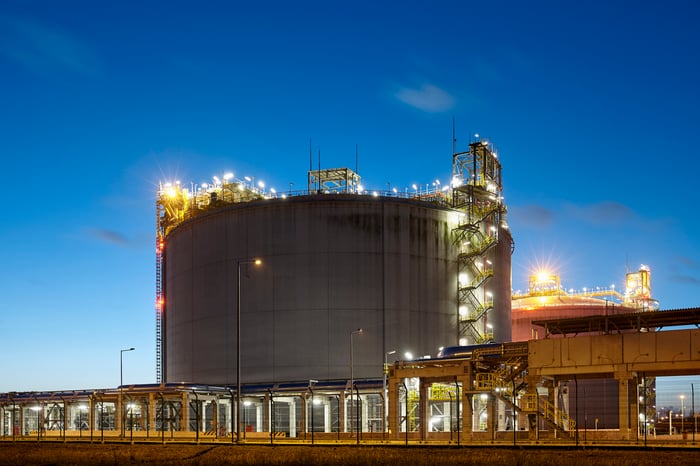 The Jordan Cove project is designed to export 7.8 million tons per year of liquefied natural gas (LNG) from a terminal that would be built in Coos Bay, Oregon. If the project were to win all necessary regulatory approvals and proceed, it would export to markets in Asia. At the time of the Veresen acquisition, Pembina characterized the project as "the most advanced LNG export project on the West Coast of North America," that would be able to compete with LNG from expansion of existing sites in the Gulf of Mexico on a "delivered-to-Tokyo basis."

The idea of the terminal has not been popular with many of the residents of Coos Bay, a region with a strong environmentalist contingent. Opponents have dogged the project for years, succeeding in delaying it for long blocks of time. The Federal Energy Regulatory Commission also previously denied a key permit for the project and its associated Pacific Connector pipeline after questioning the need for the project.

Jordan Cove has benefited from several positive regulatory developments as well, and support on the federal level has at times buoyed its prospects for survival. But last month, the Oregon Department of State Lands denied Pembina's request for a permit extension on Jordan Cove, saying it lacks crucial information.  A removal/fill permit is required for any work the company plans to do that involves water or wetlands, including dredging Coos Bay, which is a key part of construction.

Pembina withdrew its application for the permit on Jan. 23 and did not indicate if it plans to resubmit it, leaving the project in limbo.

Why it isn't make-or-break

If Jordan Cove ultimately gets scrapped, the company has other big things happening that should represent opportunities for growth. Some of those opportunities are linked to last year's acquisition of Kinder Morgan's (KMI 0.54%) stake in the Cochin pipeline and the entire Kinder Morgan Canada unit. Pembina also has other large projects in the works that it sees as paying off for investors over time, including a petrochemical plant in Alberta that has had an easier time in the permitting process than Jordan Cove and recently moved on to the signing of a construction contract.

Pembina is expecting final approval of Jordan Cove from the Federal Energy Regulatory Commission in February despite its prior rejection. Reports have emerged that the company may benefit from federal efforts to streamline project permitting, so state-level permitting may ultimately be overruled.

How it could be a make-or-break moment

If delays on the project continue, the uncertainty could negatively affect the company's other plans. For example, the company's Ruby pipeline, which it owns in partnership with Kinder Morgan, was expected to support Jordan Cove, but now there is an opportunity to convert it to transporting crude oil, according to Jason Wiun, Pembina's chief operating officer for pipelines, on the company's Q3 earnings conference call.

Pembina has estimated the total cost of Jordan Cove at more than $10 billion, and its most recent guidance continues to refer to Jordan Cove as one of its "important initiatives," along with its Alliance pipeline expansion and the Alberta petrochemical facility. Additional capital expenditures on a project that is going nowhere could hurt earnings. The money could be better spent on projects in a more supportive regulatory environment, particularly since the stock has underperformed the S&P 500 over the past year with an increase of less than 10 percentage points. 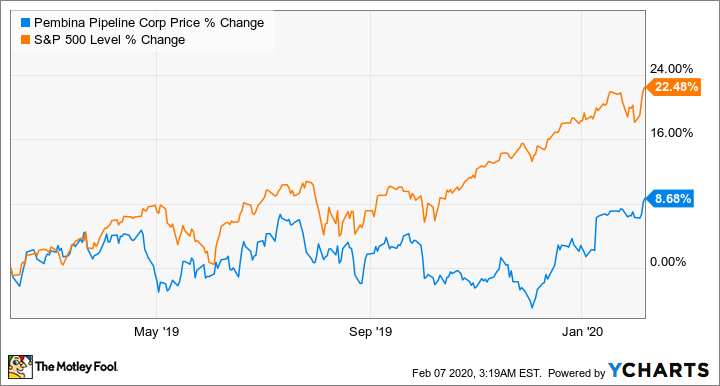 Pembina Pipeline has projects on the drawing board that can support solid long-term growth even if plans to build Jordan Cove never move forward. With a market cap at just under 20 billion Canadian dollars ($15.05 billion), the company is a significant player in the world of energy, even if it were to curtail its LNG export ambitions for the foreseeable future. It is also a solid dividend play, with a yield of just under 5% and two dividend increases within the past year.

If Pembina's management decides to walk away from Jordan Cove it should not be detrimental to the future of the company as a whole. Since Pembina inherited the project through a merger and hasn't committed a great deal of capital, pulling the plug could be viewed by investors as a sign management will act decisively to reevaluate deteriorating situations.

But prolonged uncertainty on such a large project could cause a further drain on company resources as well as declining investor confidence in the company's ability to deliver key projects. Before deciding to buy the stock, investors would be wise to wait and see if Jordan Cove wins federal approval later this month or if the company provides further guidance on the project.