Please ensure Javascript is enabled for purposes of website accessibility
Log In Help Join The Motley Fool
Free Article Join Over 1 Million Premium Members And Get More In-Depth Stock Guidance and Research
By Keith Speights – Feb 7, 2020 at 6:00AM

Sales continue to soar for the biotech's lead cancer drug.

You couldn't ask for a much better story for Seattle Genetics (SGEN 0.06%) last year. Its shares soared 102% in 2019 thanks to a couple of encouraging clinical updates. Investors' fervor has cooled off so far in 2020, though.

Seattle Genetics announced its 2019 fourth-quarter and full-year results after the market closed on Thursday. Did the biotech give a reason for investors to resume cheering? Here are the highlights from Seattle Genetics' Q4 update. 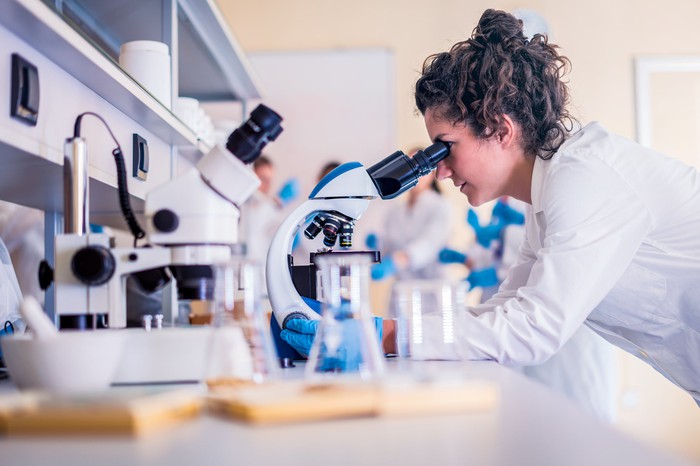 Seattle Genetics announced Q4 revenue of $289.8 million, a 66% jump from the $174.5 million reported in the same quarter of the previous year. This result was also much higher than the average analysts' revenue estimate of $224.5 million.

Lymphoma drug Adcetris performed very well in the fourth quarter, with net sales jumping 26% year over year to $166.2 million. This growth was driven primarily by increased use of the drug in front-line CD-30-expressing peripheral T-cell lymphoma.

Seattle Genetics also won FDA approval for Padcev in treating urothelial cancer on Dec. 18. With just a couple of weeks on the market, the drug generated net sales of $0.2 million.

The main growth driver for Seattle Genetics in Q4, though, was its increased royalty revenue. The biotech reported Q4 royalty revenue of $72.3 million, nearly triple the $24.6 million made in the prior-year period. Takeda paid Seattle Genetics $40 million in a milestone payment triggered by annual net sales of Adcetris that exceeded $400 million in the Japanese drugmaker's territory.

Seattle Genetics also received a nice bump from its collaboration and license agreements. Revenue in the fourth quarter from these agreements totaled $51.1 million, up from $17.8 million in the same quarter of 2018. This solid increase stemmed primarily from a milestone payment from GlaxoSmithKline and an upfront payment from BeiGene.

Seattle Genetics expects Adcetris net product sales of $675 million to $700 million in full year 2020. The company also projects 2020 royalty revenues of between $105 million and $115 million, with collaboration and license agreement revenue between $30 million and $50 million.

However, the consensus analysts' revenue estimate for 2020 is $1.1 billion. Seattle Genetics' shares fell in after-hours trading on Thursday, as investors appeared to be disappointed with the company's guidance.

The main thing to look forward to with biotech stocks like Seattle Genetics is pipeline progress. CEO Clay Siegall said the company is "well positioned to bring a third product to market with the tucatinib marketing applications in the United States, Europe, and other countries for patients with metastatic HER2-positive breast cancer." In addition, Seattle Genetics and its partner, Genmab, should report top-line data in the first half of this year from a pivotal clinical study evaluating tisotumab vedotin in treating cervical cancer.