FireEye (MNDT) posted better-than-expected fourth-quarter revenue and non-GAAP (adjusted) earnings. However, disappointing billings -- revenue plus the change in deferred revenue -- surprised investors. And since the cybersecurity specialist is transitioning from its legacy hardware business to a cloud-based security portfolio, its single-digit revenue growth hides a mixed situation. With this context, here are three keys from FireEye's fourth-quarter results:

A few years ago, FireEye's business mostly consisted of selling highly priced hardware devices that dealt with advanced on-premises security threats. But with the development of cloud computing, the company has been transitioning to a cloud-based offering that includes services such as end point protection and email security. Thus, FireEye's fourth-quarter year-over-year 8% revenue growth is the result of its strong cloud business, offset by its declining legacy hardware activities.

You should keep in mind that the $250 million acquisition of the cybersecurity testing company Verodin in 2019 boosted revenue growth. Verodin's revenue contribution remains uncertain, but it seems meaningful given Verodin's expected billings above $70 million in 2020.

In any case, with such opposite revenue trajectories between FireEye's segments, the company's shift to its cloud and services businesses is materializing. 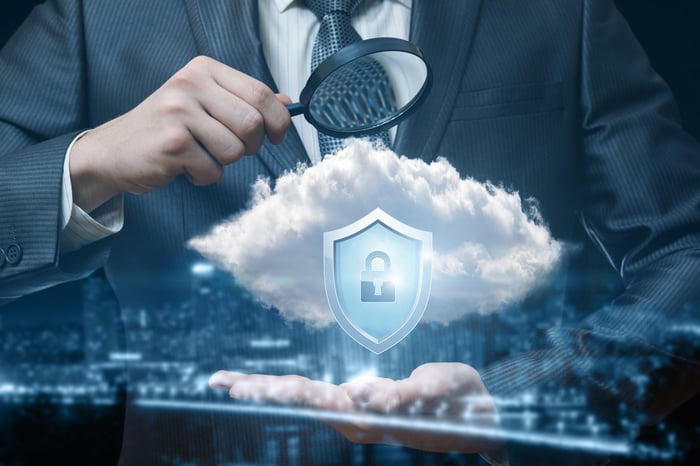 The main surprise from the earnings remains the lower-than-expected billings that reached $274 million, below the guidance range of $285 million to $295 million. During the earnings call, management explained that this trend was the result of the company's transition to its cloud business, which involves shorter-duration contracts in the form of annual billings instead of multiyear commitments.

Yet this explanation isn't satisfying. FireEye's transition to the cloud and the annual billing of these types of services aren't new. For instance, in 2017, competitor Check Point Software Technologies highlighted that its growing cloud-based offerings led to increasing annual billings.

The consequences of lower-than-expected billings remain uncertain, though. It shows customers are not as confident as management expected in committing to multiyear contracts with FireEye. But if these customers renew their subscriptions, which remains to be seen, revenue will not be impacted.

The full-year outlook reflects the outcome of the last quarter. The expected single-digit revenue growth remains the result of the company's declining legacy business, which contrasts with its strong cloud and service activities. That trend involves decelerating billings growth because of the lower average contract duration of the cloud business.

Besides, management expects non-GAAP operating margin to increase to a range of 5% to 6%, which shows profitability is improving thanks to increasing scale and tight control of expenses. CFO Frank Verdecanna even said during the earnings call that operating margin should land in the range of 12% to 14% by the end of the year. And FireEye's long-term model corresponds to an operating margin of 18% to 22%.

But you should keep in mind these non-GAAP figures exclude important costs such as share-based compensation. These expenses represent a diminishing part of revenue, but they still reached 17.3% of revenue in 2019, which means the company is likely to report another GAAP loss in 2020.

FireEye is showing that its transition to the cloud is materializing and profitability is improving, though. But its hardware business will keep dragging down its global results over the next several years, and GAAP profitability still seems far away. Besides, the company's last-quarter disappointing billings cast doubts on its medium-term revenue growth.

Thus, given these uncertainties, FireEye remains a risky cybersecurity stock prudent investors should avoid despite its apparently reasonable enterprise-value-to-sales ratio of 4.0.