Please ensure Javascript is enabled for purposes of website accessibility
Log In Help Join The Motley Fool
Free Article Join Over 1 Million Premium Members And Get More In-Depth Stock Guidance and Research
By Rich Smith - Feb 7, 2020 at 10:21AM

Earnings beat estimates by 50% and guidance looks sharp as a tack. 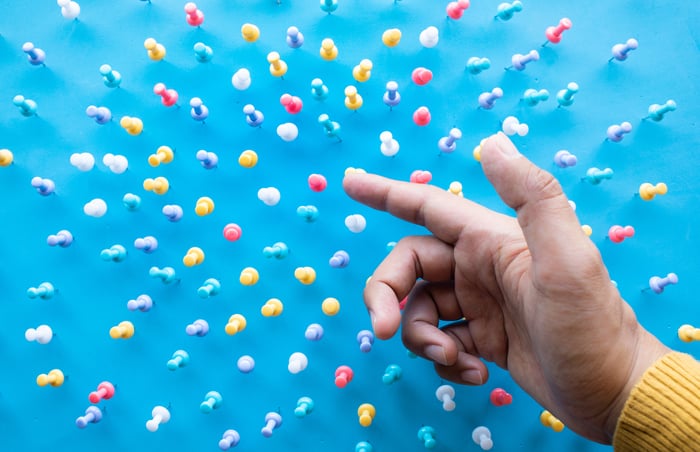 Rounding up ever so slightly, Pinterest boasted that it hit "$400 million" in sales in Q4 2019, 46% year over year growth, and "exceeded $1 billion in revenue for the first time as a company. 2019 sales grew 51% year over year to $1.14 billion. On the downside, while Pinterest says it was more profitable than Wall Street expected on a non-GAAP (i.e. pro forma) basis, when judged under generally accepted accounting principles, the company still lost $0.06 per share for the quarter -- and lost $3.24 per share for the year.

On the plus side, operating cash flow finally turned positive in 2019 ($657,000). Subtracting capital spending from that, free cash flow ended 2019 at negative $33.1 million -- which was still less than half the cash burn Pinterest suffered in 2018, so a marked improvement.

Looking ahead to 2020, Pinterest made no promises of profitability, nor free cash flow. The company did, however, say it expects sales to surge ahead by a third, to $1.52 billion, with an "adjusted EBITDA margin of 1%," laying the foundations for continued "long-term growth and ... a more scalable business over time."

Judging from today's share price action, it seems investors agree with that prediction.