Please ensure Javascript is enabled for purposes of website accessibility
Log In Help Join The Motley Fool
Free Article Join Over 1 Million Premium Members And Get More In-Depth Stock Guidance and Research
By George Budwell - Feb 9, 2020 at 10:32AM

Earnings season may not be kind to the shareholders of either Aurora Cannabis or Canopy Growth. Here's why.

Marijuana stocks have officially turned into a factory of sadness. Over the past 10 months, valuations have crumbled across the legal pot landscape because of gross mismanagement, scandals, bureaucratic red tape, sky-high tax rates, extremely poor cost controls, poor internal forecasts in regard to real-world demand for both dried flower varieties and derivative products, instability within the C-suite of several industrywide trendsetters, and, worst of all, a sea of earnings reports awash in red ink, instead of profits.

What's left is a highly fragmented industry that's clearly ripe for a wave of mergers, bankruptcies, and even some tough love from investors. Several pot companies, after all, still sport valuations that are wildly out of line with the current state of play. Put more succintly, this industrywide downward trend seems poised to accelerate in the coming weeks and months. 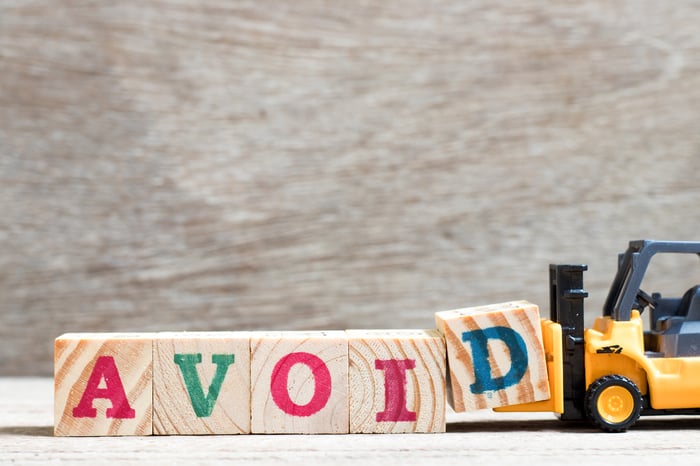 Aurora Cannabis (ACB -5.50%) and Canopy Growth (CGC -5.09%) -- the two biggest names among Canadian cannabis cultivators -- could spark the next heavy wave of selling as soon as this week. In short, Aurora and Canopy are both slated to release their latest earnings reports over the next few days. In all likelihood, these earnings reports won't contain much in the way of good news. So here's why investors may want to stay far away from these two top pot stocks this week.

A canary in the coalmine

Aurora is set to announce its second-quarter fiscal 2020 financial results on Thursday, Feb. 13. Canopy will follow suit with the release of its third-quarter fiscal 2020 financial results on Friday, Feb. 14. These back-to-back earnings reports will surely have a major impact on the industry's near-term fate. Unfortunately, Aurora has already signaled that its second-quarter results will be a huge disappointment. Worse still, the company also stated that its core problems are likely to be endemic to the industry as a whole -- a fact that doesn't bode well for Canopy.

Last week, Aurora prepped the market for a dreadful Q2 report with a preliminary peek. Two items in particular should concern investors:

Now, Canopy hasn't released any financial figures that should necessarily unnerve investors. But the pot titan did recently announce plans to delay the launch of its cannabis-infused beverages. That's not the end of the world, but it's yet another headwind set to slow its march toward profitability.

While it might be tempting to buy on any further weakness, the wise decision is arguably to sit tight. Aurora's stock could be trading at over seven times next year's sales right now, which is a rather spicy valuation for either a consumer-goods or a healthcare stock -- whichever you think is the most appropriate peer group for a cannabis company.

Canopy's stock, on the other hand, might even be trading at an astronomical 18 times next year's sales. That's way out of step with historical norms for the consumer-goods space, as well as the healthcare sector -- at least for a company that doesn't sell treatments for rare diseases or cancer.

Fortunately, we'll have a much better understanding of their true valuation metrics after their respective earnings reports this week. Regardless, there's a good chance that Aurora and Canopy will both continue to trend downward for a long time to come, thanks to the harsh realities of the woefully underdeveloped legal cannabis industry.