Please ensure Javascript is enabled for purposes of website accessibility
Log In Help Join The Motley Fool
Free Article Join Over 1 Million Premium Members And Get More In-Depth Stock Guidance and Research
By Saket Jhajharia - Feb 9, 2020 at 10:20AM

The company is looking to collaborations and partnerships to strengthen its moat around the world.

PayPal (PYPL 5.24%) is a leading facilitator of digital payments. Originally a subsidiary of eBay until the two companies parted ways in 2015, the rise of e-commerce and online transactions have led to PayPal handily outperforming the market since its spin-off. 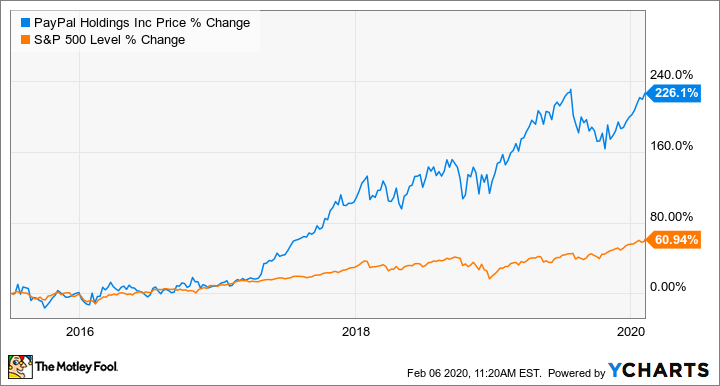 With the war-on-cash likely to continue, PayPal's recent moves have been aimed at future-proofing its business in the coming years. A McKinsey & Company report from last year stated that global payments revenue totaled $1.9 trillion in 2018 with a 6% growth rate. However, taking a closer look at the landscape of global payments shows that the two regions with the highest growth potential are Asia-Pacific and Latin America with annual growth forecasts of 7% each through 2023.

With this in mind, it should come as no surprise that PayPal has made major strides recently to increase its exposure to both of these markets.

The Asia-Pacific market has seen strong adoption of digital payments -- this is evident from the impressive 15% annual growth of electronic payment transactions in the region, according to McKinsey. China, in particular, has seen an explosion in mobile, which now accounts for 28% of all consumer-based payments.

To tap into this market, PayPal purchased a 70% stake in China-based online payments company GoPay in the fourth quarter of 2019. This made the company the first foreign entity to attain a license to provide online payment services in China. During the fourth-quarter earnings call, CEO Daniel Schulman commented, "Digital payments in China are expected to grow from $1.5 trillion to $3 trillion over the next four years, and the number of users is set to grow to well over one billion." This opportunity will serve as a strong tailwind that PayPal can ride out to maintain its impressive growth streak.

In addition to the GoPay deal, PayPal did one better for its shareholders by inking a global partnership with China's UnionPay, one of the largest card issuers in China with over 7.5 billion cards in their network. UnionPay has partnerships with over 2,000 institutions worldwide and is accepted in 177 countries and regions.

As part of the partnership, 130 million UnionPay customers from 30 countries outside Mainland China can link their cards to their PayPal accounts giving them access to PayPal's network of 24 million merchants. Similarly, PayPal will also be accepted at the numerous merchants where UnionPay is accepted. This results in massive network effects for both parties involved, and the partnership also makes online shopping an even more seamless and hassle-free experience for consumers. The sheer size and market share that UnionPay boasts in China makes it a highly valuable partner for PayPal if it wants to succeed in the country and broader region. 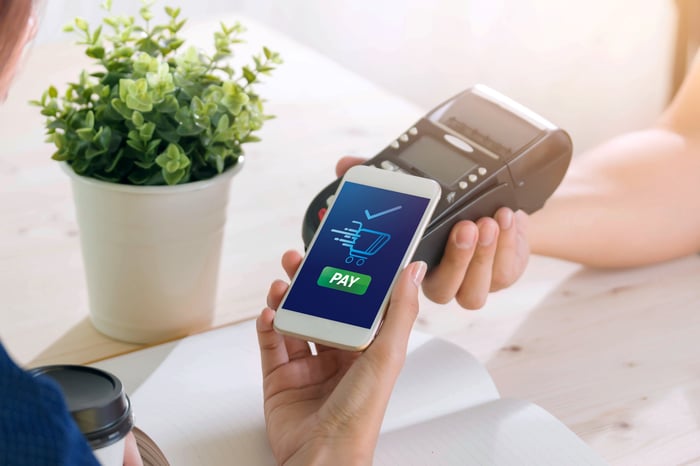 In March 2019, PayPal invested $750 million in MercadoLibre (MELI 5.84%), an Argentina-based company that operates online marketplaces dedicated to e-commerce and online auctions. As of Sept. 2019, the company reported that it had 306 million confirmed registered users. That deal was followed by a commercial agreement signed late last year.

For starters, the collaboration will result in both companies having access to well over half a billion users. PayPal and MercadoLibre will add each other to their platforms, giving their respective customers access to new merchants across the globe. Additionally, Xoom a remittance service from PayPal, will now allow MercadoPago users in Mexico and Brazil to receive remittance directly into their MercadoPago wallets.

This collaboration is a win-win for both companies, as they tap into the each other's large and growing networks of customers and merchants. Transactions should go up as customers can more easily make payments across the two platforms, again resulting in an even stronger network effect as payments leaders in their respective markets.

While 2019 proved to be another strong year for the company, management is clearly looking to the horizon and investing in its future. On top of the major partnerships struck in Asia-Pacific and Latin America, PayPal acquired Honey Science for $4 billion -- the largest deal in its history. Taken all together, PayPal is making the moves necessary to cement its position as a global payments giant.