Please ensure Javascript is enabled for purposes of website accessibility
Log In Help Join The Motley Fool
Free Article Join Over 1 Million Premium Members And Get More In-Depth Stock Guidance and Research
By Will Healy – Feb 10, 2020 at 3:27PM

Casino closures in Macao related to the outbreak in China may hit Las Vegas Sands revenue hard, but only in the short term.

Las Vegas Sands (LVS 0.51%) stock has done something a bit unexpected since the beginning of the Chinese New Year on Jan. 25 -- it has risen. Despite rising fears related to the ongoing coronavirus outbreak and temporary casino closures in China, investors appear to be trading up the Las Vegas-based casino company.

Granted, the casino company's Chinese operations have become more important to Las Vegas Sands as people in China and many parts of Asia find new options for their discretionary income. And the company has come to rely heavily on Macao for revenue growth, so concerns have risen about the financial effects of the virus creating a sell-off situation.

But it appears that worries about the outbreak having an outsized effect on the stock are subsiding, and Las Vegas Sands is facing this financial concern and showing why the company is in a strong position to continue delivering investor returns once the crisis has passed. 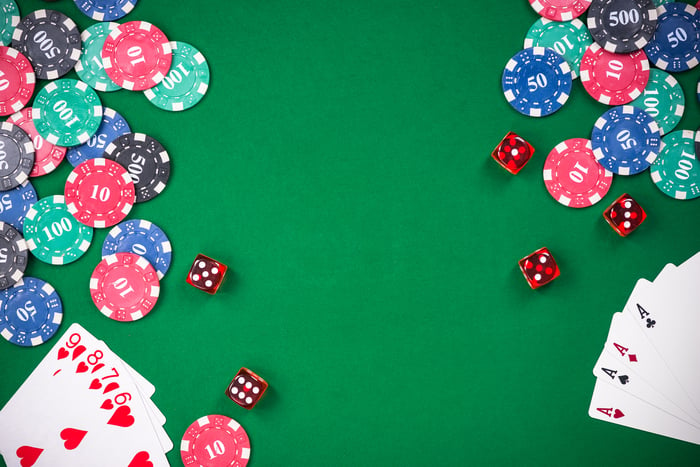 Officials in Chinese-controlled Macao had asked casinos in late January to close for two weeks as a response to the coronavirus outbreak. This took its toll on Las Vegas Sands stock initially. As the lunar new year came and went, stock in Las Vegas Sands and peers such as Wynn Resorts and Melco Resorts & Entertainment dropped as visits to Macao by mainland Chinese fell by about 80%.

Why is this important? Put simply, Macao, not Las Vegas, is the gambling capital of the world. In terms of revenue, Las Vegas does not even come close. In 2018, Macao casinos earned $28.04 billion in gross gaming revenue, compared with only $6.5 billion in Las Vegas. Given this reality, investors should consider Las Vegas Sands a de facto Chinese company (despite its name).

The outbreak led to fears that officials would close all Macao casinos for a time. While that did finally happen, the stock price seems to be recovering some of its initial losses, despite the news.

Although there has been a partial price recovery, I might suggest interested investors be wary about buying in just yet. The casino closures, even if they persist for only two weeks, are likely to significantly hurt the bottom line of this company on its next earnings report (still three months away). This leaves the stock vulnerable as analysts revise down their revenue and earnings forecasts or possibly even the company itself issues lowered earnings forecasts. Expect this stock to be somewhat volatile for the short term.

But I would also not expect more than just temporary volatility related to the coronavirus. Because there is time before the company releases its next earnings report, the worst effects and the fears surrounding coronavirus quite possibly will have subsided by then. The company has a chance to adjust and better absorb the hit it's going to take. Lately, Las Vegas Sands stock has become a reasonably priced investment, at least from a valuation perspective. The company trades at about 19 times forward earnings. Analysts expect an average annual earnings growth of 3.9% per year over the next five years. With its huge presence in Macao, the long-term outlook points to the company being a safe and lucrative income investment. This current crisis doesn't necessarily change that.

To mitigate future issues like this having an outsized effect, Las Vegas Sands expansion plans are working to become less dependent on China over the long term. While it is expanding existing facilities in Macao to take advantage of China's continued economic expansion, the company sees that gamblers are also beginning to flock to other locations in and around Asia. For instance, Las Vegas Sands opened a casino in Singapore in 2010 and CEO Sheldon Adelson announced an expansion of this Marina Sands property last year, adding 1,000 hotel rooms as well as more convention and meeting space. The company is also looking at sites for a casino in Japan. In the future, it could also follow other casino operators into countries such as Vietnam and the Philippines.

As the casino operator seeks to expand to other parts of Asia, it should find itself less reliant on Macao. Moreover, as East Asia becomes wealthier and develops a larger interest in gambling, Las Vegas Sands will help investors benefit from Asia's economic expansion, virus outbreak or not.