The drugmaker delivered solid top- and bottom-line improvement as it awaited the closing of its acquisition by AbbVie.

Allergan (AGN) entered 2020 with a lot of momentum. AbbVie's (ABBV 0.15%) announcement of its plans to acquire Allergan gave the stock a big boost. That news was so great that investors didn't care that Allergan delivered less-than-exciting third-quarter results in November.

But there were some things to energize investors in Allergan's 2019 fourth-quarter results, announced before the market opened on Monday. Here are the highlights from the company's Q4 update. 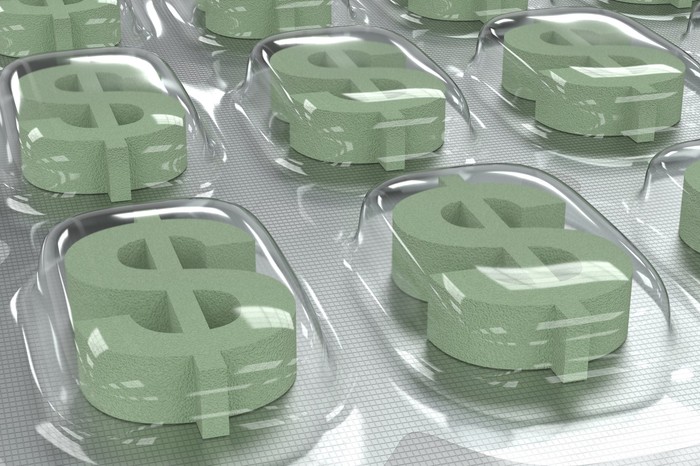 Allergan reported revenue in the fourth quarter of $4.4 billion. This reflected a 6.6% increase from revenue of $4.08 billion generated in the prior-year period. The consensus Wall Street estimate projected Q4 revenue of $4.09 billion.

The company announced a net loss of $317.3 million, or $0.97 per share, based on generally accepted accounting principles (GAAP). However, this result showed significant improvement from the GAAP net loss of $4.3 billion, or $12.83 per share, posted in the same period in 2018.

The most important factor behind Allergan's revenue growth was the performance of its top-selling drug, Botox. Fourth-quarter sales for Botox jumped 7.9% year over year to $1.02 billion.

But Allergan's fastest-rising star is definitely Vraylar. Sales for the antipsychotic drug skyrocketed 88.1% year over year in the fourth quarter to $283.1 million.

The most notable weakness for Allergan in the fourth quarter was with chronic dry eye drug Restasis, with sales slipping 4.1% from the prior-year period to $327.7 million. In addition, several of the company's other products experienced significant sales declines, including Alphagan/Combigan, Asacol/Delzicol, and CoolSculpting.

Allergan's marked improvement in its GAAP bottom line stemmed mainly from the negative impact of a huge goodwill impairment in the fourth quarter of 2018. The company's non-GAAP adjusted earnings in the recent quarter were boosted by lower income tax adjustments than in the prior-year period.

By far the main thing to look forward to with Allergan is the anticipated close of AbbVie's acquisition of the company later in the first quarter of 2020. This deal will make current Allergan shareholders owners in AbbVie, arguably one of the most attractive dividend stocks on the market right now.

However, there are also some pipeline milestones on the way in the near future. Allergan expects the FDA to make an approval decision in the first half of this year for sustained-release bimatoprost (Lumigan). An FDA decision on abicipar pegol in treating wet age-related macular degeneration is also expected in mid-2020, with European approval anticipated in the second half of the year.