The top onshore oil rig company outperformed where it mattered most: beating expectations.

The company's surprisingly strong showing led to an 8% jump in its share price after the earnings report. Here's how the company beat expectations during a tough quarter. 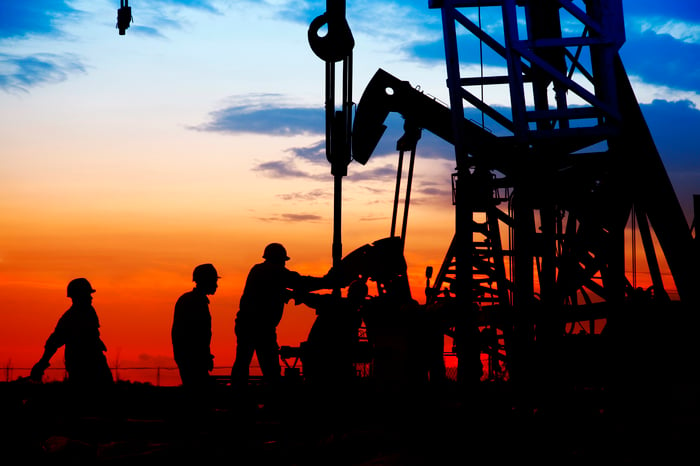 Like many other oilfield services companies, Helmerich saw a decline in income from the previous quarter. Unlike most others, however -- at least, most others that have reported earnings so far this season -- Helmerich's net income grew year over year. Companies like Halliburton (HAL 4.08%) saw massive declines in net earnings and per-share earnings.

What was Helmerich's secret sauce? Well, there actually wasn't one. During the first quarter of 2019, the company recorded a $42.8 million loss on the value of investment securities. That was due to an update to accounting standards by the Financial Accounting Standards Board, which required the company to revalue the securities and write down the difference.

Then, in the first quarter of 2020, H&P closed the $15 million sale of its TerraVici subsidiary.

In other words, it's not so much that H&P outperformed this quarter, it's that a year ago it was hit with a big one-time charge, and this year recorded a big one-time sale.

So, if you don't count those one-time items, how'd the company actually fare? It's tough to know exactly, because we can't pinpoint how those items might have affected other parts of the income statement, like taxes.

But operating income tumbled 42.2% year over year, so H&P doesn't seem to have performed any better than the rest of the industry (although Halliburton reported a net loss, thanks to its own one-time charges).

Tracking the company's rig count -- the number of rigs in service -- is a tricky comparison, because H&P sold off 14.6% of its fleet during FY2019. However, on a percentage basis, fleet utilization was down: 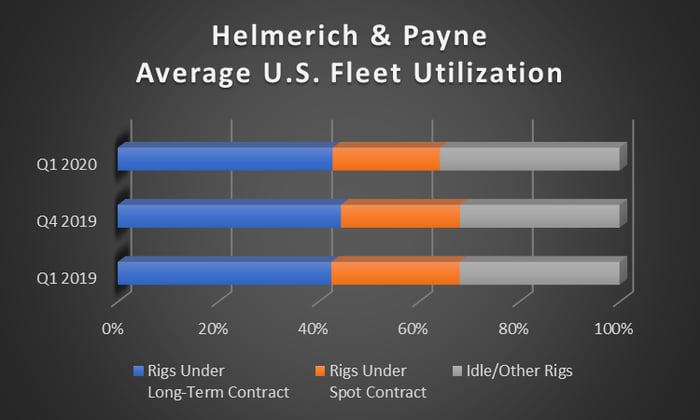 In a statement, CEO John Lindsay was frank about the lackluster industry conditions, but still pointed out the silver lining for H&P:

As we look back on the challenges the industry experienced in 2019, our leadership position and performance continued to demonstrate our ability to deliver value while adapting to rapidly changing market conditions. This quarter's results reflect the momentum of those successes.

H&P continued to gain market share during the quarter while the overall industry rig count declined. This is indicative of the growing preference for super-spec rigs and the performance these rigs deliver relative to legacy SCR rigs, which still represented roughly 15% of the unconventional activity at calendar year-end. We believe this replacement trend will persist as our super-spec FlexRig fleet's performance and efficiency gains create value for our customers.

Financially sound in a chaotic industry

The energy industry as a whole has been rocked by volatility in recent quarters, with challenges such as commodity price swings, declining margins for refiners, oversupply issues, and more. Although its current quarter's underperformance was masked by some helpful one-time benefits, H&P is still experiencing the same headwinds as Halliburton and other peers.

The good news is that H&P continues to boast a solid balance sheet and excellent dividend coverage. Operationally, however, it needs overall industry conditions to improve so that it can deploy more of its fleet, which is the only way it's going to meaningfully increase revenue.

Until then, the stock is probably best for dividend investors.