Please ensure Javascript is enabled for purposes of website accessibility
Log In Help Join The Motley Fool
Free Article Join Over 1 Million Premium Members And Get More In-Depth Stock Guidance and Research
By Keith Speights - Feb 12, 2020 at 8:37AM

At least one top analyst thinks so.

Aurora Cannabis (ACB -3.62%) is a train wreck waiting to happen. That's the opinion of many investors. It's even the opinion of some analysts. But not all of them.

Cantor Fitzgerald's Pablo Zuanic stands out from the crowd of Aurora Cannabis skeptics. Even after Aurora's horrible 2019 performance and its mess-up with licensing in Germany that caused it to temporarily lose its medical cannabis license, Zuanic remained optimistic, saying in January that the cannabis producer could enjoy a "fantastic 2020" and that its stock could double over the next 12 months.

To be fair, though, Zuanic conditioned his rosy prediction of success for Aurora on two things happening. Lo and behold, Aurora just checked off one of the boxes that Zuanic thinks is a prerequisite for the stock to double. 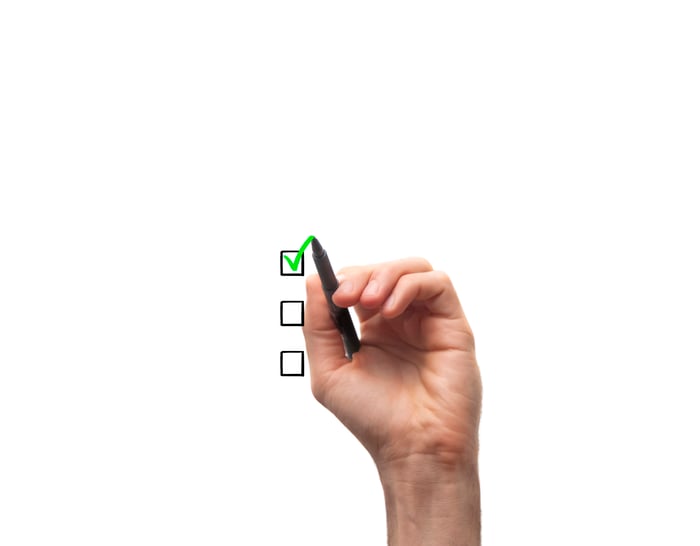 Pablo Zuanic wants the same scenario to happen for Aurora Cannabis. Like Canopy Growth, Aurora is in need of fiscal discipline after several years of spending a lot more money than it made. But when Zuanic stated in early January that Aurora needed a new CEO, the company's founder, Terry Booth, was still at the helm.

That's no longer the case. Aurora announced last week that Booth was stepping down as CEO, although he will remain on the company's board of directors and serve as a senior strategic advisor to the board. Current board Executive Chairman Michael Singer will take over as interim CEO while the company looks for a permanent successor to Booth.

Even before the next CEO is found, more fiscal discipline is on the way for Aurora. Singer said that the company's immediate plans include "a rationalization of our cost structure, reduced capital spending, and a more conservative and targeted approach to capital deployments." He added, "These are necessary steps that reflect a fundamental change in how we will operate the business going forward."

As part of its cost-cutting efforts, Aurora eliminated nearly 500 positions, including around 25% of its corporate positions. It's also tightening the belt in other areas and is reviewing all capital projects to determine whether or not to continue investing in those projects.

The next box to check off

But Zuanic also thinks that there's another box that Aurora needs to check off before its stock will skyrocket. He wants Aurora's advisor, billionaire investor Nelson Peltz, to help the company find a big partner to buy a stake in Aurora.

The interesting thing about this idea, though, is that Peltz counseled Aurora in the past to not seek a big equity partner. After Aurora brought Peltz on board as an advisor, he recommended that the company remain independent and instead try to find multiple partners across several industries.

It's possible, of course, that Peltz has since changed his mind. The dynamics for Aurora and the entire cannabis industry are different than they were a year ago. For all we know, he's actively working right now to line up a partner to buy a big stake in Aurora.

Whoever Aurora hires as its new CEO could also have a different perspective. Perhaps the greatest success achieved by former Canopy Growth CEO Bruce Linton was his wooing of Constellation Brands. It wouldn't be surprising for Aurora's next CEO to realize that Linton's strategy makes more sense for Aurora than Peltz's advice from last year does.

You'd think that if Zuanic's view is correct that Aurora's shares could double if it finds a new CEO and lands an equity partner, achieving one of those two goals would have caused the stock to jump. Instead, the opposite happened: Aurora's shares plunged more than 20%.

This reaction probably wasn't because Aurora is looking for a new CEO. The stock's steep decline likely rather stems from investors' realization of just how challenging Aurora's financial situation is. It's not a good sign for a company to feel the need to cut nearly 25% of its corporate staff and reevaluate every capital project.

Even worse, Aurora's financial issues won't give a warm-and-fuzzy feeling to prospective partners. If Peltz or a new CEO does manage to find a big company that wants to invest in Aurora, you can be sure that it won't be nearly as attractive of a deal that Canopy signed with Constellation Brands.

I won't be surprised if Aurora's shares rebound somewhat this year. Despite the company's problems, there are some tailwinds for Canadian marijuana stocks, including the Cannabis 2.0 market and an improving retail environment in Canada, that could help the company. Aurora's cost-cutting could also help. But more trouble for Aurora seems more likely than a double of its share price -- even with a new CEO on the way.