Please ensure Javascript is enabled for purposes of website accessibility
Log In Help Join The Motley Fool
Free Article Join Over 1 Million Premium Members And Get More In-Depth Stock Guidance and Research
By Rich Smith - Feb 13, 2020 at 10:15AM

Earnings miss and a CEO departure sparked a plunge in stock price.

Owning MGM Resorts (MGM -2.99%) stock is turning into anything but a vacation for investors.

Yesterday after close of trading, MGM announced a big earnings miss, with profits coming in at just $0.08 per share -- a third of what analysts had predicted, and down 43% from the year-ago quarter. Longtime Chairman and CEO Jim Murren announced he will leave the company "prior to the expiration of his contract," and MGM has not yet named a replacement.

Just 10 minutes into the trading day, MGM stock is already down 4.8% at 9:40 a.m. EST -- and MGM just announced it will take advantage of the cheaper stock price (or perhaps, attempt to restore confidence in its stock) by buying back $1.25 billion-worth of its own shares. 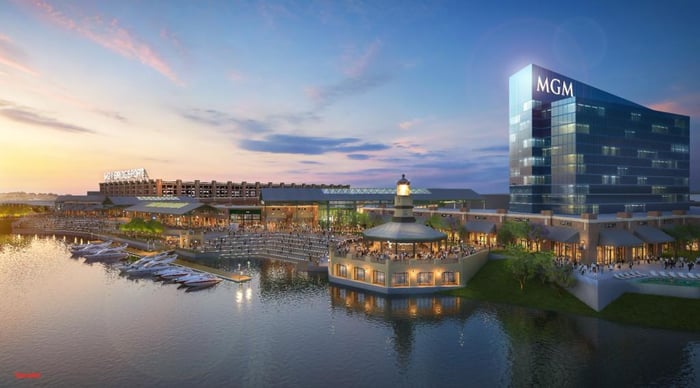 MGM made the announcement this morning, explaining that it plans to conduct a "modified Dutch Auction" tender offer. In this process, MGM will invite shareholders to offer it their shares for repurchase, naming any price they'd be willing to accept, from as low as $29 a share to as high as $34. (MGM stock currently costs about $32 a share).

MGM will then analyze the offers, and pick a price to pay for all shares tendered, sufficient to evenly purchase a number of shares adding up to $1.25 billion in combined value. So for example, it might buy back slightly more than 41.7 million shares at $30 a share, but only about 36.8 million shares if most tenderers insist on getting a profit by selling for closer to $34 a share.

If you are an MGM shareholder and interested in participating in the auction, here's a quick primer on how stock buybacks work.