Zebra Technologies (ZBRA -2.23%) investors are having a very bad day.

Early this morning, Zebra reported its fiscal fourth-quarter 2019 earnings -- and it whiffed on both sales and profits estimates. Analysts had predicted Zebra would earn adjusted profits of $3.65 per share, but Zebra transposed the numbers, earning just $3.56 instead. Sales, at $1.19 billion, also came in light of analysts' expected $1.2 billion.

Zebra shares are down 6.6%as of 11 a.m. EST in response, after being down more than 10% in trading earlier in the day. 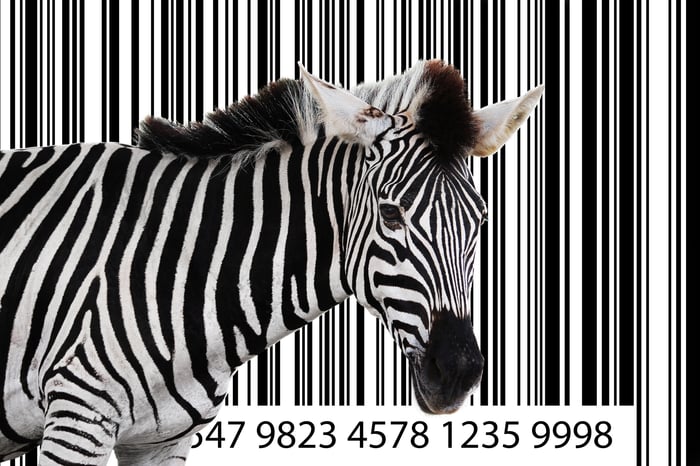 Was Zebra's news really so bad? Sales, while admittedly short of estimates, still grew a respectable 5% year over year. Pro forma profits may have missed Wall Street's target, but were still up three times as much, showing 15% growth in comparison to Q4 2018.

Meanwhile, Zebra's profit according to generally accepted accounting principles (GAAP) was $3.10 per share -- up 47% year over year!

Of course, Zebra stock is also 37% more expensive now than it was a year ago as a result of all this growth. At 23.5 times trailing earnings today, Zebra stock looks a little pricey based on analyst consensus estimates of 10% long-term earnings growth. Worse, Zebra management gave new guidance this morning, predicting that first-quarter pro forma earnings will decline from Q4 levels, down to just $2.90 to $3.10 per share, which at the midpoint looks to be slightly below Wall Street estimates. And Zebra warned that sales growth in fiscal 2020 will be only 4% to 6% compared to 2019 -- also a bit slower than last year.

If Zebra can find a way to keep its earnings growing multiple times faster than sales, the stock might still be a buy. But if it can't -- if analysts' predicted 10% growth is the best Zebra can manage -- then I have to admit the stock looks overpriced today.

Zebra Technologies Is Buying Tons of Zebra Stock (Maybe You Should, Too)

Straight From the Striped Horse's Mouth: How Zebra Is Beating the Global Chip Shortage