Redfin, PetIQ, and Beyond Meat all have upcoming catalysts to propel their shares higher.

Since the start of 2017, the S&P 500 is up 50%. That spectacular three-year return leads many investors to believe that upside is already priced in with stocks.

But I beg to differ. Here, I present three high-growth companies that couldn't be more different from one another. And each has a potential catalyst that could send its stock soaring.

Real estate broker Redfin (RDFN -9.31%) just reported full-year 2019 results. Total revenue was up 60% year over year. That's an acceleration from 2018's 32% revenue growth, though it doesn't tell the whole story. A lot of Redfin's revenue growth in 2019 is attributable to its program RedfinNow. With RedfinNow, the company pays cash to buy houses, and then flips them. The entire sale price of the home is therefore counted as revenue. While technically true, it's a very different kind of revenue. But when subtracting this skewed segment revenue out of Redfin's results, revenue still grew 22% year over year.

Redfin is concerned with profitability, which may sound strange for a company that just reported an $81 million loss for 2019 -- up a whopping 93% year over year. But every facet of Redfin's business is built to be complementary, and it's methodically improving with time.

For example, Redfin Estimate was just upgraded to be more accurate (with an improvement of 30 basis points). Not only will this drive more potential customers to Redfin's website, but it will also improve RedfinNow's process to not overpay for homes. As a real estate brokerage, Redfin then earns brokerage commissions when the house sells, and can even provide title services, loan originations, and other services. Additionally, Redfin just lowered its sales commission for customers who choose to buy a new home with Redfin in the next year. All of these complementary efforts grow revenue and improve profitability over time.

There's no shortage of competition in the flipping space, including from Zillow Group. But Redfin isn't chasing every lead out there. It's focusing on the ones the can make the company the most money. Gross margin for RedfinNow improved from a negative 3.6% in 2018 to a negative 1.9% in 2019. So profitability could be around the corner. Competitors, meanwhile, seem to be content with buying every house available without regard to price.

I believe it's only a matter of time before investors realize that Redfin has a unique approach that will pay off long term. Indeed, shares jumped higher when it reported fourth-quarter 2019 results. But I think Redfin could soar much higher, especially as investors see its competitors' home-buying losses mount in coming quarters.

Offering both veterinary services and pet health products, PetIQ (PETQ -3.36%) is a high-growth company. Annual net sales have shown a compound annual growth rate of 50% over the last four years. Even with that growth, the stock is down from highs reached in 2018. But it may be about to soar. 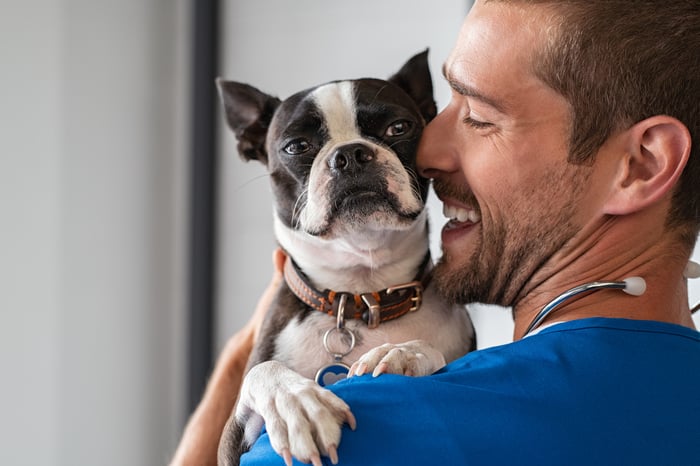 Up until recently, PetIQ has offered veterinary services via mobile clinics, typically only available at locations one day per week. But now the company has announced a plan to open 1,000 permanent Wellness Centers in high performing areas by 2023. It's opened 114 so far, up from zero in 2018 when the plan was announced.

Veterinary services accounted for only 13% of revenue through three quarters in 2019. But with the buildout of the Wellness Center strategy, PetIQ hopes to be treating over 8 million pets in 2023, up from just 1.3 million in 2019. Not only will this drive services segment revenue, it will also drive product segment revenue, since PetIQ's Wellness Centers will use and prescribe PetIQ products.

With the stock trading at less than two times sales, I don't think Wall Street has caught on to how the Wellness Center buildout will grow PetIQ's revenue in both business segments. But as the plan picks up steam (it opened 80 locations in 2019 alone), it's only a matter of time before investors take notice.

Riding the plant-based meat trend, Beyond Meat (BYND -7.84%) has grown revenue an eye-popping 254% through three quarters in 2019. These results have propelled the stock from its $25 IPO price in May 2019 to around $115 today. With shares trading near 30 times sales, most would call this stock overvalued and not poised for a fresh breakout. But here's why it could soar.

In 2019, McDonald's (MCD 1.16%) in Canada started a small test of a Beyond Meat menu item called the P.L.T. ( for plant, lettuce, and tomato). In January, McDonald's expanded the test to 52 restaurants, giving hope that this item could be permanently added to its menu sometime in 2020. In addition to the McDonald's test, KFC, part of Yum! Brands (YUM -0.91%), is running a test for a Beyond Meat menu item called Beyond Fried Chicken. This test was recently expanded from just one location in Atlanta to over 60 locations in Charlotte, North Carolina, and Nashville, Tennessee. 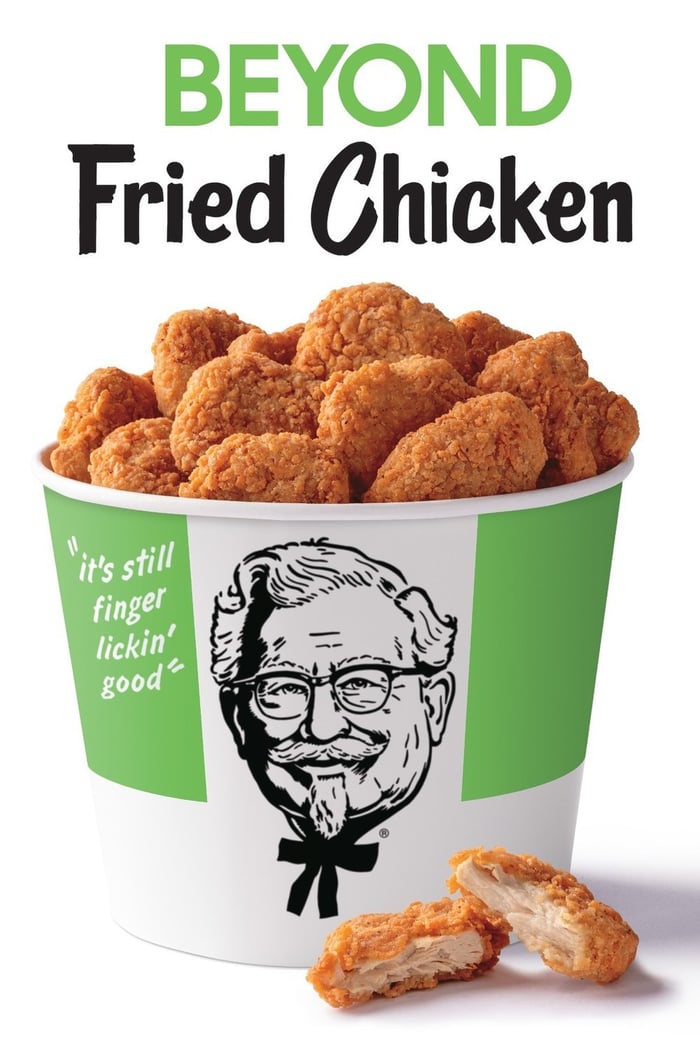 As the largest burger chain in the world, McDonald's could be a huge partner for Beyond Meat. But the KFC news is also interesting. The trial ends Feb. 23, meaning there could be an announcement about a permanent menu item in the next couple of weeks. Furthermore, Beyond Fried Chicken is Beyond Meat's reentry into the chicken-substitute space, giving it a new product line to complement its hamburger and sausage substitutes.

I'm not a buyer of Beyond Meat today because I'm not yet convinced about the long-term consumer interest in plant-based meats. It's best to invest in stocks you're comfortable holding for at least five years, and I can't say that here. But in the short term, I wouldn't be surprised to see the stock soar if the company lands McDonald's and KFC as distribution partners.

Forget Dogecoin: These Stocks Can Make You a Millionaire