Please ensure Javascript is enabled for purposes of website accessibility
Log In Help Join The Motley Fool
Free Article Join Over 1 Million Premium Members And Get More In-Depth Stock Guidance and Research
By Keith Speights - Feb 14, 2020 at 7:03AM

Bio-Rad's Q4 revenue and earnings were disappointing, but its 2020 outlook looked good.

Bio-Rad Laboratories (BIO -0.28%) delivered a fantastic performance in 2019, with shares skyrocketing 59%. But so far this year, the stock hasn't gotten off to a great start.

The company announced its 2019 fourth-quarter and full-year results after the market closed on Thursday. Here are the highlights from Bio-Rad's Q4 update. 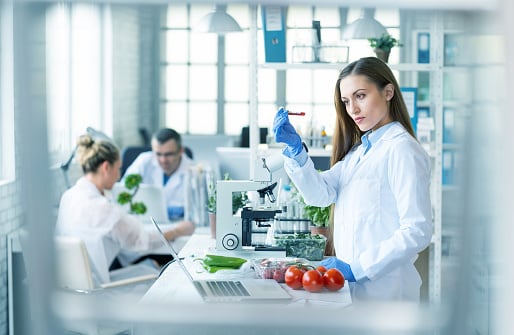 Bio-Rad reported revenue in the fourth quarter of $624.4 million. This reflected a 1.2% increase from the prior-year period revenue total of $616.8 million. The consensus Wall Street estimate projected Q4 revenue of $641.95 million.

The company's biggest moneymaker is its clinical-diagnostics segment. Net sales for this segment in Q4 totaled $379 million, up 1.6% year over year. This improvement would have been even better if not for foreign-exchange fluctuations. On a constant-currency basis, clinical diagnostics net sales rose 2% year over year.

Bio-Rad's life-science segment delivered net sales in the fourth quarter of $242 million. This reflected a 1% increase from the prior-year period. The company attributed this growth primarily to higher sales for its Process Media, Droplet Digital PCR, and Food Safety products.

One key factor impacting Bio-Rad's financial performance in the fourth quarter was a cyberattack on its network in early December 2019. The company was forced to take some systems offline, but later resumed normal business operations.

The laboratory-service provider's bottom line was boosted significantly by the impact of changes in the fair market value of equity securities, especially Bio-Rad's stake in Sartorius AG. This change added $646 million to the company's Q4 net income.

Bio-Rad CEO Norman Schwartz said: "Looking ahead to 2020, we expect another year of progress driven by a combination of healthy markets, new products, and a focus on operating efficiencies. We continue to pursue our goal of 20 percent adjusted EBITDA [earnings before interest, taxes, depreciation, and amortization] run rate by the end of the year."

Healthcare stocks, in general, could be negatively impacted by the U.S. presidential campaign. However, the nature of Bio-Rad's business should largely insulate the stock from any political uncertainties.