The Japanese electronics manufacturer has been restructuring.

Panasonic is a household name that's been around for a long time. I remember the bright blue "Take n' Tape" Panasonic recorder I had as a kid -- the kind with the rounded handle. I enjoyed many hours listening to my Solid Gold Hits of the 70's cassette on that player.

But the brand is not as well-known to investors. It's not listed on the major stock exchanges. Instead, it's what's called a pink sheet stock that's traded "over-the-counter" (OTC) -- thus the Panasonic (PCRFY -0.86%) ticker looks different than most you might be familiar with. But that doesn't mean it's not worth consideration by investors.

Technology has changed dramatically since the days of the "Take 'n Tape" and the company has changed. Is it worth investing in? Let's take a look. 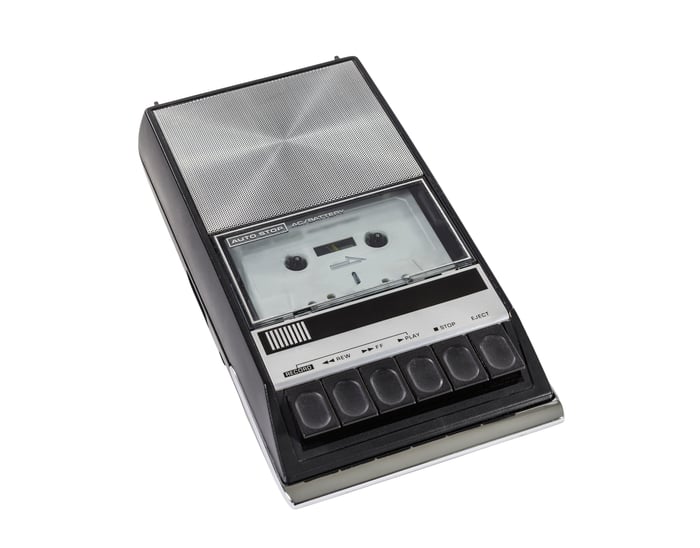 Panasonic is a large-cap stock with a market cap of about $26 billion. It's been around since 1918 and listed American depositary shares (ADSs) on the NYSE from 1971 until 2013. At that time, the company withdrew from the NYSE, saying continued listing wasn't "economically justified, taking into account the fact that the trading volume of Panasonic's ADSs on the NYSE accounts for only a small fraction of the total trading volume of Panasonic's shares." The company also cited similarities between U.S. and Japanese disclosure standards.

Panasonic shares remained available over the counter in the U.S. via the company's American depositary receipt program. OTC securities are traded by broker-dealers through a network. The name is derived from the traditional color of the paper on which quotes of share prices were published. Now everything is done electronically, but the name stuck.

OTC stocks are often penny stocks attached to small companies that can't afford a listing on a major exchange, or foreign-based companies that donʻt want to be listed on the U.S. exchanges for a variety of reasons. If a stock isn't listed on a major exchange, it doesn't have to file regular reports with the SEC and this can leave investors lacking crucial data they need to make an investment decision.
Panasonic, however, prepared financial statements in accordance with U.S. generally accepted accounting principles through 2016.In 2016, it switched to International Financial Reporting Standards (IFRS) to better compare its results with Japanese companies.

Panasonic's stock price has gone through its ups and downs over the years, but the PCRFY ticker has been essentially flat over the past five years. In the 12 months through Feb. 6, the stock had climbed about 17% to $11.39 per share. In its third-quarter earnings report, which includes financial information reported through Dec. 31, 2019, both net profits and earnings per share were up slightly.

Profits were boosted by some restructuring that occurred in the third quarter, as it sold off its semiconductor business to Nuvoton Technology of Taiwan and decided to end production of liquid crystal display (LCD) panels by 2021. The LCD business has been a money-loser for the company over time due to increased competition from Chinese and South Korean manufacturers. The company stopped making LCD panel TVs in 2016 and focused on LCDs for industrial and automotive applications. But now it is getting out altogether.

Panasonic's largest revenue-generator, accounting for about a third of its sales, is its appliances business, which includes home appliances and electronics, and heating and cooling devices. Profits were down roughly 6.5% for the first nine months of fiscal 2020 compared the previous year.

The life solutions business, which includes lighting, energy, and smart-home products and services, was the biggest grower with profits up about 41% year-over-year for the nine-month period. Meanwhile, profit for the connected solutions business -- which encompasses avionics, manufacturing, entertainment, retail, logistics, and public services products for businesses -- was up 4.2%.

The worst-performing segment of its business -- the automotive business -- posted a loss for the first nine months of the fiscal year, a loss bigger than the one in the year-ago period.  This segment includes vehicle electronics and batteries.

But Panasonic's deal with car manufacturer Tesla to provide automotive batteries, which it signed in 2014, may be starting to finally pay off. Panasonic sank a lot of money into building a production facility in Nevada and hadn't started seeing a profit from it until this past quarter.

"We are catching up as Tesla is quickly expanding production," Panasonic Chief Financial Officer Hirokazu Umeda told an earnings briefing, according to Reuters. "Higher production volume is helping to push down materials costs and erase losses."

The stock's P/E ratio has climbed slightly to about 10.21 over the past 12 months, but it's still a pretty cheap stock. Earnings are heading in the right direction and the restructuring to exit flagging business lines seems like a good move. But, despite the low price, it's probably smart to hold off on pushing the play button until the company shows some sustained momentum through the restructuring.

Is Panasonic a Buy?

How Universal Display Corporation Is Stacking the Deck Against the Competition

"The Jetsons" Comes True: Inside the Futuristic Smart Home

GoPro vs. Panasonic: Who Will Own the 4K Action Cam Market?