I don't talk about stocks from the Pink Sheets every day, but it's easy to make an exception for technology conglomerate Panasonic (OTC:PCRFY). It's a global household name with 101 years of operating history and a $19 billion market cap, after all.

Is this Japanese technology titan a buy today, even though its shares aren't listed on any of the major American stock exchanges? Let's have a look. 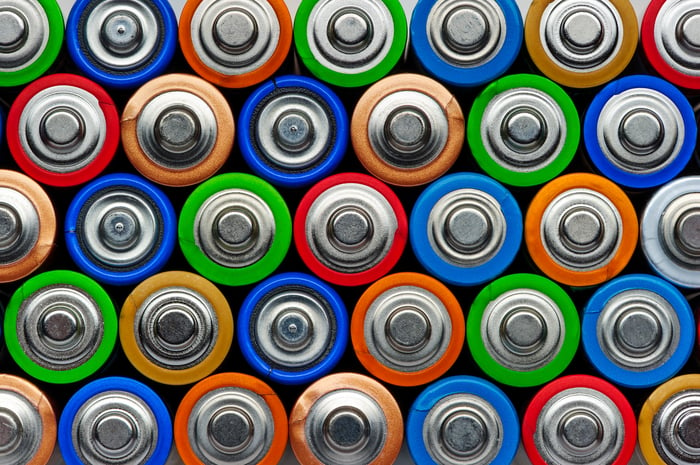 Why is Panasonic trading on the Pink Sheets?

The issue of not trading on the NYSE or NASDAQ may be a deal breaker for some investors. Over-the-counter stocks tend to be small, volatile, and unreliable companies with limited and often unreliable financial-reporting standards. However, Panasonic doesn't trigger any of those potential traps.

As already noted, we're looking at a very large company with a centennial operating history and several well-known brand names. Besides the iconic Panasonic name, the company also does business under illustrious banners like JVC and Sanyo.

Moreover, Panasonic used to trade on the NYSE exchange. The company withdrew from the Big Board in 2013, arguing that Japanese reporting standards had evolved to nearly matching the American rules. The American Depositary Shares never traded in huge volumes anyway, and it didn't make economic sense to pay the hefty NYSE listing fees for an unpopular security.

The company vowed to continue issuing financial reports in English, and according to American generally accepted accounting principles, it's a promise that has been kept for six years so far.

So Panasonic is saving some money while also choosing to provide the financial reports an American investor would require. For a company of Panasonic's stature, I'm fine with that approach.

Okay, but is it a good investment?

This stock has been riding quite a roller coaster in recent years, and Panasonic happens to be trading at multiyear lows right now: 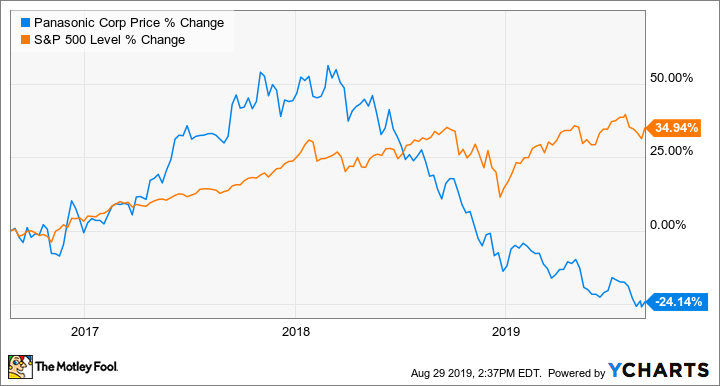 Over the three-year period shown in the chart above, Panasonic's trailing revenues held relatively steady with a 7% increase. At the same time, trailing earnings before interest, taxes, depreciation, and amortization (EBITDA) profits rose 31% and earnings per share jumped 43% higher.

The combination of rising earnings and falling share prices has resulted in a dirt cheap stock. You can buy Panasonic at bargain-bin valuation ratios such as 6.9 times earnings or 0.2 times sales. Prices like these are often reserved for failing enterprises at the very edge of bankruptcy. But Panasonic's profits are positive and rising, which makes me think of the stock as a deeply discounted value play instead.

What about the actual business?

Panasonic is a leading maker of household appliances, air conditioning systems, and home entertainment electronics in the Japanese market. Regarding 2018 revenues, 32% came from the appliances division and a staggering 47% of Panasonic's annual sales were produced in the domestic Japanese market.

The company also makes a lot of batteries. Panasonic claims to be the leading manufacturer of car batteries in the world, with an unmatched track record of innovation in this space.

As a testament to this assertion, you'll find that Panasonic provides most of the batteries used in Tesla (NASDAQ:TSLA) vehicles. Tesla's Gigafactory -- the largest battery factory on the planet -- is a joint project between these two companies, and Panasonic provides most of the battery-building expertise there. These operations fall under Panasonic's automotive and industrial segment, which generates another 32% of the company's annual sales.

These are stable businesses, and the car battery operation should provide significant growth as electric vehicles continue to gain popularity all around the world. The company also hopes to incorporate the Internet of Things as a growth driver in the appliances division and other sectors.

Panasonic wants to expand its business outside Japan, as several of its target markets are global and the friction involved in doing business across national borders should decrease over time. This idea is pumping the brakes while the U.S. and China work out their tariff-based trade conflicts, but that won't last forever.

In short, Panasonic runs a healthy business with a clear vision of future growth opportunities. It's kind of crazy to see the stock trading at current bargain-basement prices, and I wouldn't hesitate to invest in Panasonic right now.