Please ensure Javascript is enabled for purposes of website accessibility
Log In Help Join The Motley Fool
Free Article Join Over 1 Million Premium Members And Get More In-Depth Stock Guidance and Research
By John Rosevear - Feb 17, 2020 at 11:45AM

General Motors (GM 0.02%) said that it will shut down its operations in Australia and New Zealand and sell a factory in Thailand as it continues to rework its allocation of capital to opportunities around the world.

The moves should benefit GM's return on invested capital over time. But by retreating from key Asia Pacific markets, GM is also giving up an important component of its long-standing global diversification strategy -- and it's spending some real money to do so.

What GM said about its Asia Pacific restructuring

Here are the key points of GM's latest restructuring announcement:

GM said that the majority of these charges will be taken against its first-quarter earnings, with the remainder coming later in 2020. 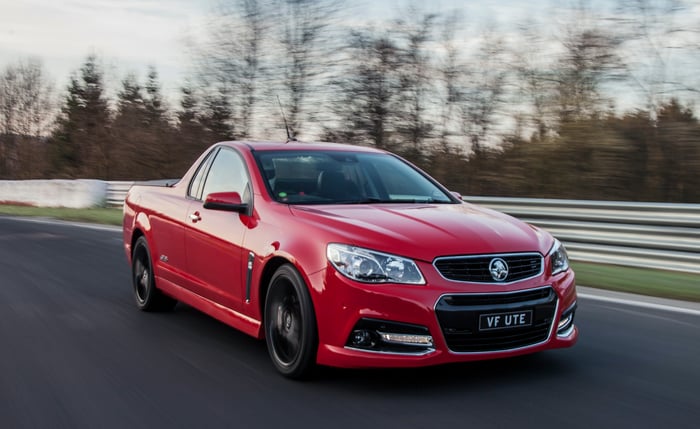 Holden has a long list of historic models beloved by enthusiasts, including the Ute, a sedan-pickup hybrid that was available with rowdy V-8 engines. Image source: General Motors.

The end of Holden is a big deal in Australia

It may not resonate with Americans, but for auto investors and enthusiasts Down Under, the imminent demise of Holden is a big deal. To Australians, Holden is GM, and has been since GM acquired the local automaker in 1921. As with Chevrolet in the United States, there's a long list of classic Holdens beloved by enthusiasts, and the brand has a lot of local goodwill.

Even after GM shut down Holden's local Australian factory in 2014, local fans retained hope that GM would continue to create special models for the brand. But the financial reality is stark: While nobody wanted to retire a brand beloved by enthusiasts, Holden isn't profitable enough to justify continued investment, GM president Mark Reuss said.

"At the highest levels of our company we have the deepest respect for Holden's heritage and contribution to our company and to the countries of Australia and New Zealand," said Reuss. "After considering many possible options -- and putting aside our personal desires to accommodate the people and the market -- we came to the conclusion that we could not prioritize further investment over all other considerations we have in a rapidly changing global industry."

GM's moves in Thailand are part of a larger international rethink

The story in Thailand is simpler. GM's factory in Rayong is operating well below capacity, meaning that it isn't profitable, and without local manufacturing, the Chevrolet brand can't profitably compete in Thailand's domestic market. 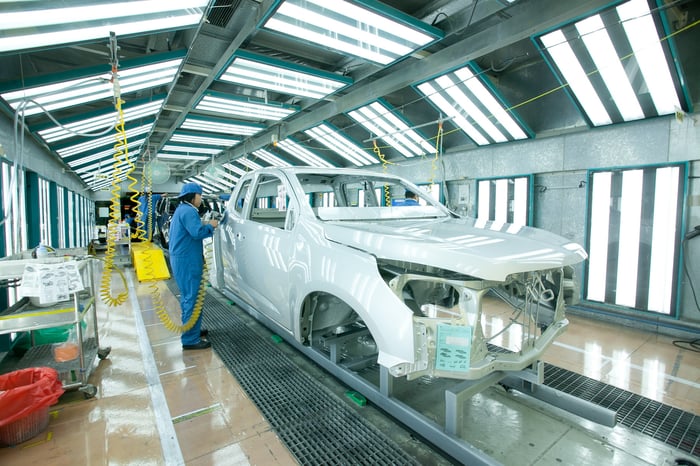 GM's factory in Rayong, Thailand, builds versions of the Chevrolet Colorado pickup for regional markets. GM said that it has reached a deal to sell the plant to a Chinese automaker. Image source: General Motors.

Steve Kiefer, the president of GM's international unit, said that the decision to sell the Rayong factory and withdraw from Thailand builds on earlier moves in Asia, including GM's decision to sell a factory in India and restructure its extensive operations in South Korea.

GM International, which includes the company's Asia Pacific operations as well as its South American business, lost $202 million in 2019, versus a profit of $423 million in 2018. Kiefer said that efforts to improve profitability in South America are continuing.

The upshot: A more profitable GM, but a smaller one, too

Not long ago, GM was proud of the fact that it sold vehicles in almost every country in the world. But under CEO Mary Barra, GM has largely retreated from Europe, Russia, Japan, and India, as it seeks to generate the best possible return on its invested capital.

Now, GM is adding Australia, New Zealand, and Thailand to the list of places where it doesn't see a profitable opportunity to participate in the local market. As it does in Europe and Japan, GM will continue to offer a small number of high-margin imported vehicles in Australia and New Zealand after Holden shuts down next year -- but those vehicles won't wear Holden nameplates, and they won't sell in anything like the volumes that Holden generated in its heyday.

Put another way, Barra is betting that GM can generate the best returns by focusing most of its efforts (and capital) on North America, China, South Korea, and Latin America. As of right now, that looks like a good bet -- but only time will tell.