Demand for GM's new pickups helped save the quarter and the year.

General Motors (GM 3.28%) said that it lost $194 million in the fourth quarter, down from a $2 billion profit a year earlier, after a nationwide strike that ended late in October left it scrambling to make up production volumes. 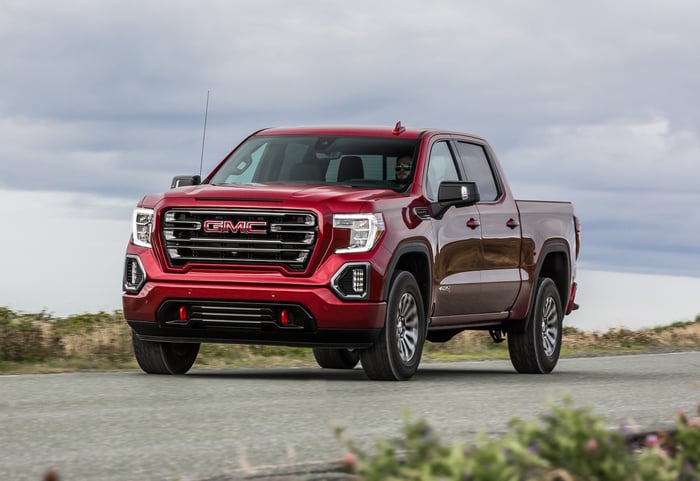 A 2020 GMC Sierra AT4 pickup. GM took a big hit from the UAW strike, but strong demand for its new pickups helped soften the blow. Image source: General Motors.

What happened at GM in the fourth quarter

All profit and loss figures in this section are on an EBIT-adjusted basis, except as noted.

GM took $194 million in restructuring-related charges in the fourth quarter, as well as a $164 million writedown related to the sale of its share of a truck-making joint venture in China.

In a nutshell, the company expects the slump in China to continue, with those effects largely offset by new products that should drive pricing and margin improvements in North America.