Please ensure Javascript is enabled for purposes of website accessibility
Log In Help Join The Motley Fool
Free Article Join Over 1 Million Premium Members And Get More In-Depth Stock Guidance and Research
By Rich Duprey - Feb 18, 2020 at 10:00AM

Wall Street has a tough time finding enough superlatives for the restaurant's performance.

Although analysts at the time were skeptical he would be able to grow Chipotle into a $10 billion business, the restaurant operator's fourth-quarter results indicate it's looking more like a case of when Niccol achieves that figure, not if. 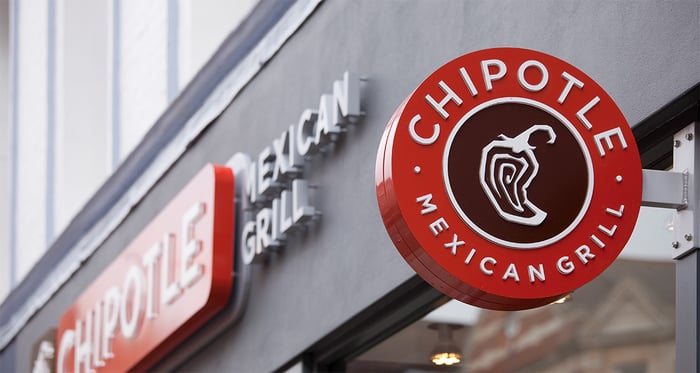 Wall Street had good reason to be skeptical. Although Niccol had tremendous success elevating Taco Bell's performance when he was in charge of the Yum! Brands (YUM 1.70%) chain, the multipronged program he laid out for Chipotle seemed to lack substance. It contained a lot of buzzwords and catchphrases, but not much in the way of specifics.

Niccol might not have detailed to analysts what he planned to do, but he obviously had a plan, and his execution has been nearly flawless.

Revenue in the fourth quarter soared almost 15% to $1.4 billion as comparable-restaurant sales surged over 13%, marking the eighth straight quarter Chipotle comps have grown at an accelerating rate.

While the restaurant did benefit from increased prices, the real driver for the Mexican food chain was an 8% increase in transactions, as well as a better than 5% gain in the average check size. Essentially, customers were returning more often and ordering more. 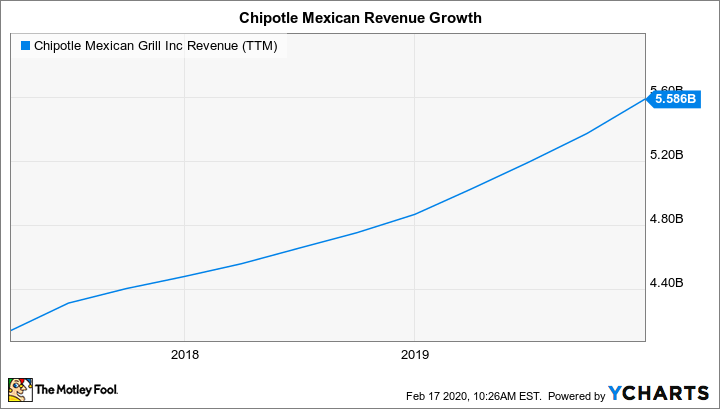 Yet the key to the growth was also the emphasis Chipotle placed on upgrading its digital capabilities, which Niccol had promised.

In the quarter, it completed the rollout of digital pickup shelves, the digitization of its make line, and the expansion of its online delivery capabilities to more than 98% of its store base. These efforts alone accounted for $282 million in digital sales, a 78% increase year over year, which helped digital revenue surpass $1 billion for the first time in 2019. Digital sales now represent almost 20% of the total.

Chipotle is also in expansion mode, opening a record 80 new stores during the quarter and 131 net new locations for the full year. It expects to open between 150 and 165 new restaurants in 2020.

The impact of the digital enhancements are also reflected by the inclusion of so-called Chipotlanes, or drive-thru locations where customers who ordered online can pick up their food at a special window. It added 46 Chipotlanes in the quarter, giving it 66 in total, but half of the restaurants it is opening this year will feature them.

The restaurant version of retail's "buy online, pickup in store" (except you don't have to get out of the car to get your order) is Chipotle's highest-margin order and is so successful because it's even faster than traditional drive-thru.

Chipotle's restaurant-level operating margin rose 220 basis points in the fourth quarter to 19.2% and was 20.5% for the year, a 180 basis point increase.

For all that, Chipotle's stock does still seem expensive. It trades at 75 times trailing earnings, 40 times next year's estimates, and goes for over 65 times the free cash flow it produces. Shares are up 10% year to date and over 52% for the past year, or more than double the rate of the S&P 500, which has been hitting record highs.

New menu additions -- like the Lifestyle Bowls it launched last year that matched its ingredients with a particular lifestyle diet, or carne asada, a limited offering that will end this quarter -- have allowed the restaurant company to reconnect with consumers who were previously put off by several years of turmoil.

As long as it keeps outperforming its peers and Niccol follows his road map, the market is likely to continue assigning Chipotle Mexican Grill a premium valuation.