Please ensure Javascript is enabled for purposes of website accessibility
Log In Help Join The Motley Fool
Free Article Join Over 1 Million Premium Members And Get More In-Depth Stock Guidance and Research
By Travis Hoium – Updated Feb 19, 2020 at 7:31AM

Shares of Virgin Galactic Holdings (SPCE -0.59%) jumped as much as 34.8% in early trading Tuesday after another institutional investor disclosed a position. Shares settled as the day went on, but were still up 6.8% at 2:30 p.m. EST.

Park West Asset Management disclosed on Friday that it has acquired 4.25 million shares of Virgin Galactic, or 2.1% of shares outstanding. The fund is now the seventh-largest shareholder. 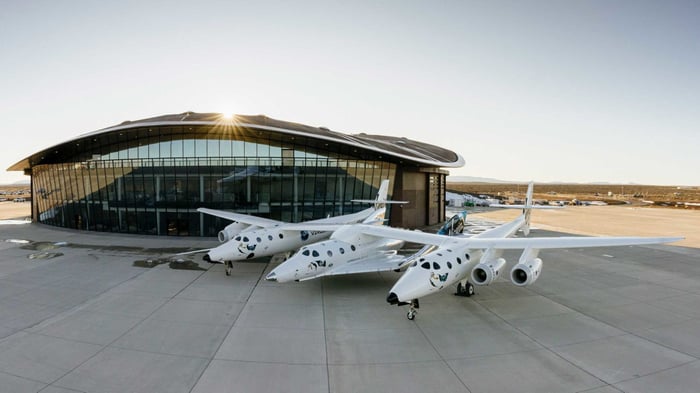 This news comes shortly after Virgin Galactic said that SpaceShipTwo Unity has reached Spaceport America in New Mexico for final flight testing. This moves a second spacecraft closer to commercial operation, which is ultimately what will drive value for shareholders.

Virgin Galactic's shares have been going crazy lately, nearly doubling in the past month. Today's move seems to be another example of a wild move that isn't necessarily driven by a fundamental change in the company, but rather by big investors buying into the long-term growth-stock story.

I think this is a company that could fundamentally disrupt travel, so investors who are willing to buy and hold for years or decades could still get a good payoff from the stock. But we've seen that it can be a wild ride. So if you're a buyer today, you'd better buckle in, because turbulence may not always push the stock higher.