Please ensure Javascript is enabled for purposes of website accessibility
Log In Help Join The Motley Fool
Free Article Join Over 1 Million Premium Members And Get More In-Depth Stock Guidance and Research
By Jon Quast – Feb 19, 2020 at 11:00AM

And once you see it, you'll understand why it was a stroke of genius.

Before Beyond Meat (BYND 1.31%) founder and CEO Ethan Brown took his company public (and saw the stock rise by nearly 10 times in its first months of trading), he needed a solution.

This was before Snoop Dogg rocked a Dunkin' Donuts uniform to promote the Beyond Sausage Sandwich now served by Dunkin' Brands Group. Plant-based meats weren't mainstream. And that's a big problem when your new company aspires to sell plant-based meats to the masses.

Brown astutely realized he couldn't just create a product. Rather, he dreamed of starting a movement. So he went out and hired the only guy he believed could make it happen. And no, it wasn't Snoop. The surprising hire was none other than Jeff Manning.

Now, you might not recognize his name. But trust me, you know his work. 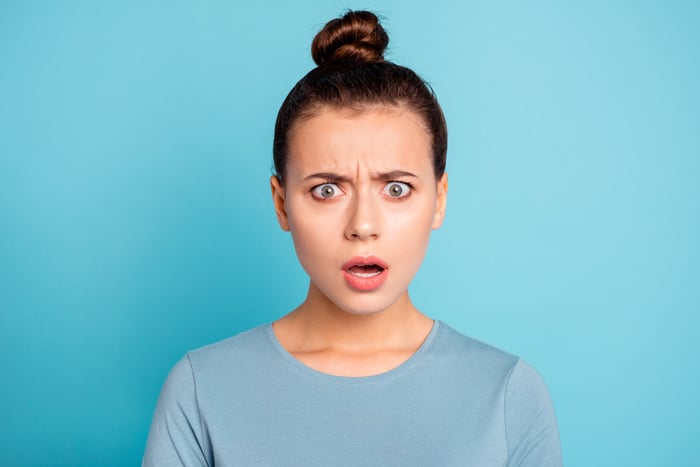 How to start a movement

Many will remember the Got Milk? campaign of the 1990s. Its logo was plastered everywhere, driven by celebrity endorsements ranging from professional athletes to Hollywood stars. Jeff Manning was the architect of this iconic advertising.

During his childhood, Brown spent time on his father's dairy farm in Maryland, so he was in tune with the milk industry. Years later, as he pondered how to take plant-based meats mainstream, he recalled the Got Milk? campaign. Inspiration struck, and Brown hired Manning to help develop Beyond Meat's Go Beyond campaign.

The Go Beyond blueprint recalls the success of the Got Milk? campaign. Famous athletes like NBA champion point guard Kyrie Irving and NFL All-Pro wide receiver DeAndre Hopkins are Beyond Meat brand ambassadors. Celebrity A-listers like Leonardo DiCaprio and the aforementioned Snoop Dogg are also backers.

And there's actually some evidence that a plant-based meat movement is underway. According to surveys by Business Insider, only 40% of people say they're unlikely to eat plant-based meats. That's down from 48% in February 2018. Other surveys show similar trends. Those surveyed cite reasons like personal health and environmental concerns -- issues championed by Beyond Meat. 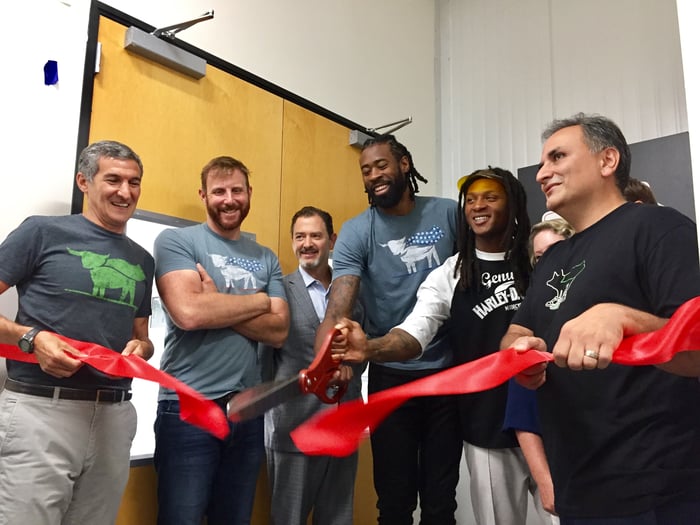 When we invest in stocks, we are buying pieces of real businesses. Those businesses are more than just a collection of products and services. They also consist of things like corporate cultures and leadership teams. When trying to find a stock to hitch your wagon to, finding an innovative leader can make a big difference. I submit that Ethan Brown is one of those leaders.

Don't misunderstand. The product matters, and it's a priority for Beyond Meat. Initially this was a meatless chicken-alternative company. While reception among vegans was good, reception from the general public wasn't great. That led to it being pulled.

Now Beyond Meat's main product is its ground beef alternative. Creating a product that appeals to the masses is crucial. A survey by Bank of America found that 70% of people who eat plant-based meats do so less than 50% of the time. This means Beyond Meat's products must appeal to both vegetarians and carnivores alike.

But there's no point to inventing a great product if there's no market to support it. That's why Brown hiring Manning is so important. While we can't precisely say how much of it is attributable to the Go Beyond campaign, we can say that it played a part in creating the growing plant-based meat opportunity we see today. Give Brown some credit for that visionary leadership.

Many of Beyond Meat's detractors point to growing competition in the plant-based space. MorningStar Farms, owned by Kellogg, just launched a new product line called Incogmeato. SPAM maker Hormel Foods has a new line called Happy Little Plants. And even Kroger is introducing a slew of new plant-based protein products, reasoning that a flooded market will take share away from Beyond Meat.

Competition is a valid concern for any company, but there's an alternative way to interpret this. The only reason established businesses would want to diversify into plant-based meats is because a new food category has indeed been created, and could be here to stay. Barclays estimates that the plant-based meat category will grow 1,000% over the next decade.

That might be an extreme estimate. But if true, I like the idea of Brown leading his team to seize the opportunity. The company's currently behind him with an 80% approval rating on Glassdoor. If he took a fledgling start-up and created a category, how far can a growing Beyond Meat operation go under Brown's leadership now that the evidence is mounting of a plant-based meat future?