Shares of Senseonics Holdings (SENS -1.82%) were jumping 10.4% higher as of 2:49 p.m. EST on Wednesday after rising as much as 31.6% earlier in the day. The nice gain came following the medical device maker's announcement on Tuesday that Cigna (CI) began covering the Eversense continuous glucose monitoring (CGM) system effective Feb. 15, 2020.

Senseonics has already lined up several major payers to provide coverage for the Eversense CGM, including Aetna (which is now owned by CVS Health) and Humana. The addition of Cigna to the list holds the potential to boost sales for Eversense. Cigna claims over 17 million members across the U.S. 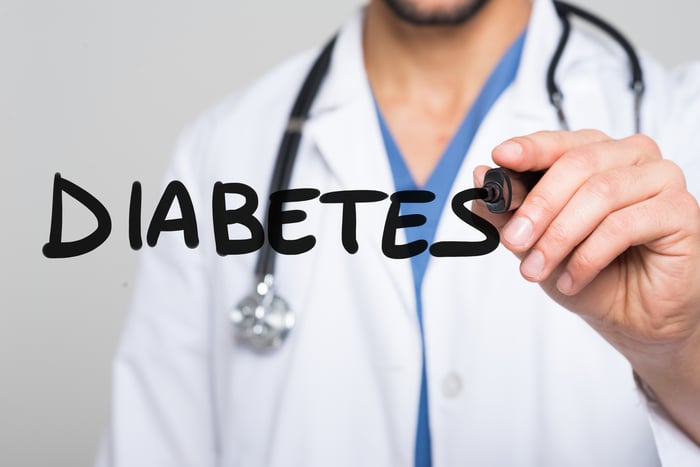 Eversense is the only long-term implantable CGM system on the market for individuals with diabetes. It competes against popular CGM systems from Abbott Labs and DexCom. The two bigger rivals have already made major inroads in securing payer reimbursement for their devices. Senseonics' win with Cigna should position it to compete more effectively.

So far, though, Senseonics hasn't made a lot of money with its Eversense CGM. The company reported a 17% year-over-year revenue decline in the third quarter of 2019 with total sales of $4.3 million. Most of that revenue came from outside the U.S.

Senseonics' fortunes could pick up in 2020 if Eversense gains momentum in the U.S. The key to success for the healthcare stock will be to convert its positive coverage decisions into provider and patient adoption of its CGM.