Please ensure Javascript is enabled for purposes of website accessibility
Log In Help Join The Motley Fool
Free Article Join Over 1 Million Premium Members And Get More In-Depth Stock Guidance and Research
By Mark Prvulovic – Feb 20, 2020 at 9:01AM

The company issued a Class I recall of recently manufactured lots of two models because of potential balloon deflation problems.

The U.S. Food and Drug Administration stated on Wednesday that some lots of two catheters models sold by Abbott Laboratories (ABT -1.56%) needed to be recalled due to potentially severe safety issues. The agency defined them as Class I recalls, the most serious type, and it warned that using these devices could cause serious injury or even death.

The models in question are the NC Trek RX and the NC Traveler RX coronary dilation catheters with balloon diameters of 4.0mm, 4.5mm, and 5.0mm. The issue is that the balloons may not deflate the way they are supposed to. The problem seems to have been caused by overexposure to heat during the manufacturing process, which weakens the material near the balloon. 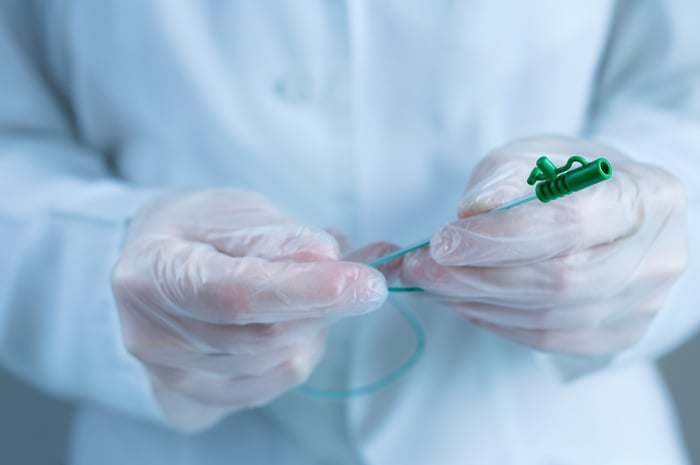 "Use of these devices may cause serious adverse health consequences, such as prolonged cardiac ischemia (reduced blow flow to the heart), air embolism, thrombosis (clot in the artery), myocardial infarction (heart attack), and additional surgery that could lead to post-operative complications, including death," warned the agency in an official statement.

The recall applies to 13,891 devices that were distributed between August 2019 and January 2020. So far, there have been 13 complaints recorded relating to the problem, with one confirmed death.

This isn't the first time there's been an issue with Abbott's catheters. Back in 2017, the healthcare giant warned hospitals and healthcare professionals to stop using a number of its catheters due to problems with the balloon sheath. As many as 449,661 catheters were identified as potentially being defective at the time.