Insulet's wearable insulin pumps will be integrated with blood glucose monitors from both companies.

On Wednesday, insulin pump maker Insulet (PODD -0.50%) announced agreements with Abbott (ABT 0.31%) and DexCom (DXCM 1.97%), two leading sellers of continuous glucose monitors (CGMs), to sell automated insulin delivery systems. Shares of Insulet were up by more than 2% on the news as of 2 p.m. EST. 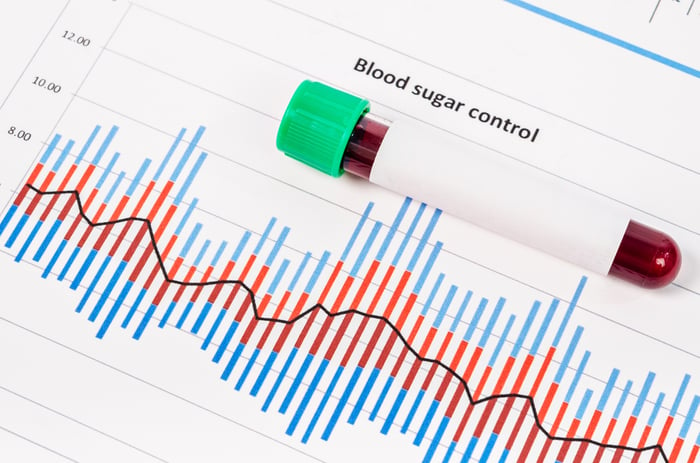 The increasing cooperation between Insulet and DexCom on an integrated system should come as little surprise, as the companies had already announced their partnership as part of Insulet's development program for Horizon, which is in a pivotal trial with up to 240 participants. Wednesday's press release announced a commercialization agreement between the companies, but the terms were not disclosed.

The bigger news regarded the agreement with Abbott. The Horizon system was designed to work with multiple sensors, and although Abbott was the logical choice as a second partner, Insulet hadn't previously confirmed the companies were working on an integrated product.

Abbott's FreeStyle Libre CGM is the market leader, and could be more important to Insulet's business than DexCom's devices. Core to the growth strategy of the rapidly expanding diabetes company is international expansion, and the massive Abbott already has 2 million FreeStyle Libre users in 46 countries.