Please ensure Javascript is enabled for purposes of website accessibility
Log In Help Join The Motley Fool
Free Article Join Over 1 Million Premium Members And Get More In-Depth Stock Guidance and Research
By Brent Nyitray, CFA – Updated Feb 20, 2020 at 10:17AM

Are you getting paid a big enough discount for Wells?

On the surface, Bank of America (BAC 1.64%) and Wells Fargo (WFC 1.85%) look pretty similar. Both are mega-banks, they survived the 2008 financial crisis, and they're market leaders. But Wells has had some embarrassing missteps over the past few years, and that is the biggest difference between the two. Is the valuation difference big enough to overlook those issues? Read on. 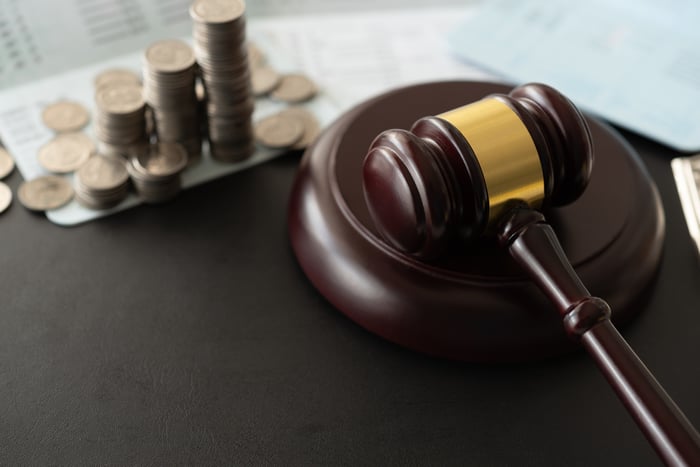 This difference in growth is no accident -- since 2018, the Federal Reserve has prohibited Wells from growing its assets beyond year-end 2017 levels. There is no good reason to pay a comparable multiple for a stock that has limited growth potential. Don't forget, interest rates are stable, the Fed is staying out of the way, and the economy is strong. This means asset prices are stable, defaults are tiny, and cost of funds is limited. This is nirvana for banks.

The only way it makes sense to choose Wells Fargo over Bank of America is if Wells is trading at a big enough discount to compensate for the lack of immediate growth prospects. It doesn't appear to be. About the only metric where Wells has a big advantage is the dividend. But these aren't real estate investment trusts (REITs), so dividends aren't the biggest driver of returns, earnings are.

Say Washington imposes an asset cap and brings back some form of Glass-Steagall, the Depression-era law that kept traditional banking and investment banking functions separate. Bank of America and Wells Fargo would have to shrink. How would they do that? Selling branches to competitors would be messy. Spin-offs (similar to what AT&T did in the 1980s) would be the easiest way. Bank of America would spin off Merrill Lynch, and could spin its mortgage business into a reintroduced Countrywide (don't laugh about the Countrywide brand name -- Countrywide was the Quicken of its day). If Lehman Brothers managed nine lives during the 80s and 90s, so can Countrywide. But Merrill Lynch and Countrywide are well-known brand names that used to carry a lot of clout. What would Wells spin off? Wachovia? Norwest? Who remembers Norwest outside of the Upper Midwest?

Bank of America is the better bet

Bank of America is permitted to grow, while Wells Fargo is not. That fact is evident in the expected earnings growth of both companies. If Wells were trading at a single-digit P/E ratio, then perhaps the choice would be more difficult. The stock price is asking you to accept limited growth potential for free.