Please ensure Javascript is enabled for purposes of website accessibility
Log In Help Join The Motley Fool
Free Article Join Over 1 Million Premium Members And Get More In-Depth Stock Guidance and Research
By Rich Duprey - Feb 20, 2020 at 8:00AM

The beverage giant will launch a new brand to capture a larger slice of the industry's expected growth.

Molson Coors Beverage Company (TAP 0.90%) is launching its new Vizzy line of hard seltzers next month to gain a larger share of the hard seltzer market, which is growing into a $2.5 billion industry without showing any signs of slowing down.

Although the brewer hasn't been absent from the hard seltzer category -- it does sell its Henry's Hard Sparkling brand -- it also hasn't put much effort into it either. That's all about to change. 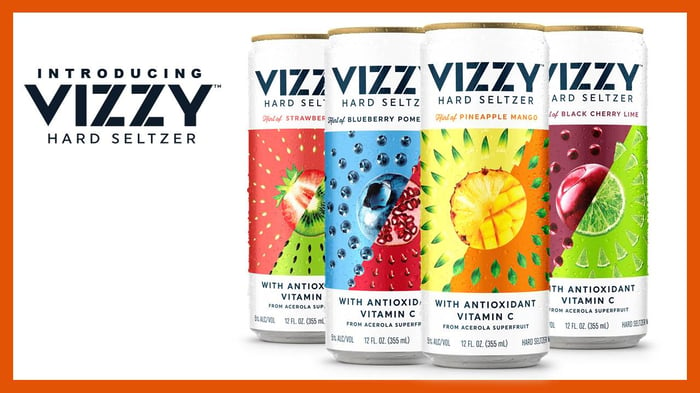 The superfood of seltzer

Molson Coors is planning a hard-charging marketing campaign to position Vizzy as the go-to hard seltzer of choice for the health and wellness crowd.

Consumers have chosen to abandon beer for seltzer precisely because it's seen as a better-for-you beverage, with many brands being low-carb, low-sugar, and gluten-free. Molson believes Vizzy can stand out from the crowd by marketing the drink as the first hard seltzer made with acerola cherry, a trendy new "super fruit" that is high in antioxidants and reportedly contains more vitamin C than all other food sources.

President and CEO Gavin Hattersley told analysts on the company's recent earnings conference call that Molson Coors "plans to compete in this space aggressively" and it will support Vizzy through national TV, social media, digital support, and out-of-home advertising.

More than one road to market

It's ambitious, but it could still be a hard sell because seltzer is currently dominated by Mark Anthony Group's White Claw and Boston Beer's (SAM -2.60%) Truly, and when you add in Bon & Viv from Anheuser-Busch InBev (BUD -0.85%), the top three brands account for 90% of the market. Every other hard seltzer on the market is fighting for the scraps, and more brands are coming to market.

Constellation Brands (STZ 3.69%) is about to launch its Corona-branded hard seltzer, which it is backing with its own $40 million campaign, and has invested in Press Premium, a small, but growing female-led seltzer brand. Anheuser-Busch is investing $100 million to support its new Bud Light and Natural Light seltzer lines.

Molson Coors' decision to launch Vizzy instead of putting more resources into Henry's indicates it believes there is tremendous growth in seltzer that can be captured by appealing to different palates. That seems to be Anheuser-Busch's approach, too.

By targeting health and wellness with Vizzy, Hattersley is saying millennials will be key to its success. "There's no reason to believe this won't resonate very well with consumers, particularly 25- to 39-year-old men and women seeking to make better choices," he told analysts. And it can all be done without impacting beer sales.

Boston Beer maintains more seltzer sales are pulled from wine and spirits, while others say seltzer sales have cannibalized beer sales, but Molson Coors seems to side with the craft brewer, at least where it concerns its own brands.

Even though seltzer exploded last year, Hattersley points out Miller Lite still notched its 21st consecutive quarter of growth in the fourth quarter, and together with Coors Light, outperformed the combined industry share of Bud Light, Michelob Ultra, and Michelob Ultra Gold.

"This notion that a lot of the seltzer volume is coming from premium light [beer] is not necessarily supported by the facts that are underlying the Miller Lite and Coors Light's performance," he said.

Still, Molson Coors is now pitting its beer against its own seltzer, which by its own admission will be backed by an aggressive marketing campaign. Although it will need a heightened presence to combat the sea of competitors flooding the market as the hard seltzer category continues to expand, even the brewer will see its beer sales sag.