Few segments of the alcohol industry are growing as fast as hard seltzer. Sales surged 169% in 2018, hitting $488 million, and have more than doubled again so far this year, reaching $1 billion in sales in August.

Yet the hard seltzer business is currently controlled by just two products: White Claw, which owns around 55% of the market, and Truly, by Boston Beer (NYSE:SAM), which has around a 30% share. But with White Claw suffering from seltzer shortages this year because of high demand and Boston Beer changing the flavor profile of Truly to be more fruity, there is the chance we'll see producer ranks shift. 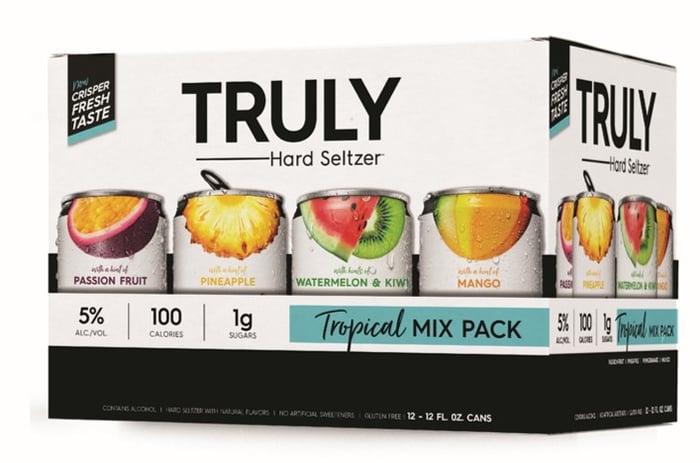 There are certainly plenty of options to choose from. Anheuser-Busch InBev (NYSE:BUD) introduced Bon & Viv; MillerCoors division served up Henry's; Corona introduced a Mexican take on seltzer called Refresca; while Smirnoff vodka offered its Spiked Sparkling Seltzer. And then there are the smaller, independent makers too.

However, Anheuser-Busch and Boston Beer have articulated competing visions of how to best capitalize on consumer tastes for hard seltzer that are seemingly polar opposites of one another, which suggests only one can ultimately be proven right. With hundreds of millions if not billions of dollars in sales on the line, let's take a closer look at what each sees for the hard seltzer market.

One seltzer to rule them all

Hard seltzer's popularity came at just the right time for Boston Beer, which watched helplessly as sales of its flagship Samuel Adams spiraled downward. Always with his finger on the pulse of where beer drinker trends were heading, founder and chairman Jim Koch first steered the craft brewer to hard cider, then hard soda, and most recently hard seltzer.

Beer drinkers were looking for something different than beer, and seltzer was a natural progression, but with all the competition, president and CEO David Burwick previously told analysts he sees the seltzer market becoming one more like soda. "I think of this as a game between Pepsi, Coke, and Dr Pepper. There's going to be three big players at most in this category."

Boston Beer is putting its money behind Truly to be one of those three, even as it lost market share this summer from the influx of hard seltzer from its rivals, but Anheuser-Busch has a different idea. 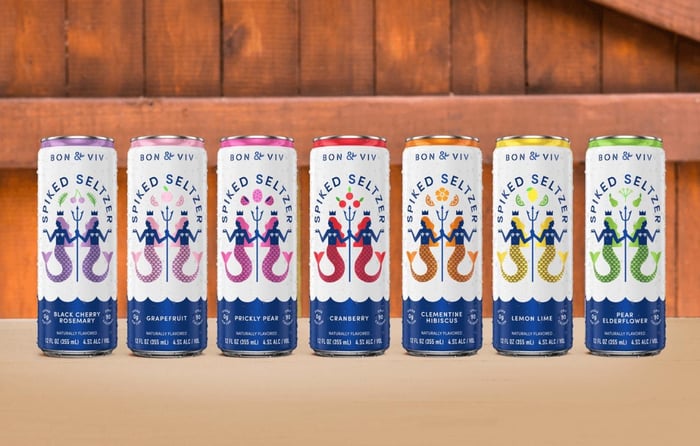 While the megabrewer rushed into the seltzer market early by acquiring Platform Beer in 2016 and rebranding its Spiked Seltzer brand as Bon & Viv, it was a premium offering that really didn't move the needle. The company has more recently decided the best path to take to corner the seltzer market is to flood it with choice.

This summer, it introduced a cheaper version under its discount Natty Light brand that has seen some good market acceptance, with its share doubling since the launch. The company has also said it will introduce another hard seltzer early next year under the Bud Light banner that will be priced somewhere between the other two.

CEO Carlos Brito said, "We believe that as the category evolves, consumers will demand more choices and a portfolio approach is key to success." He hinted that the portfolio has even more options in the pipeline.

So the key difference between Boston Beer and Anheuser-Busch is the craft brewer believes in a narrow, focused approach on Truly, whereas the megabrewer thinks a scattershot approach across brands and price points is best. It certainly has the financial resources to introduce numerous brands, and it also has the distribution network to get all of them onto store shelves.

Brito told analysts, "I see seltzer as more, at least so far, as being a game of big brands, national brands. I think that's much more of a game that people like us are equipped to play, so scale matters."

Boston Beer is counting on its first-mover status to keep it ahead of the pack, but it might find the flood of seltzers hitting the market makes it difficult to keep its head above the water even if offering just a single brand is the right choice.