Please ensure Javascript is enabled for purposes of website accessibility
Log In Help Join The Motley Fool
Free Article Join Over 1 Million Premium Members And Get More In-Depth Stock Guidance and Research
By Pearl Wang - Feb 21, 2020 at 8:30AM

As the athletic apparel company struggles to return to growth, how much weakness is priced into the stock?

Under Armour's (UA 2.74%)(UAA 2.48%) latest earnings report disappointed investors, who have sent shares down nearly 20% since the announcement. Fourth quarter adjusted earnings of $0.10 per share were in line with analysts' consensus estimate. Revenue in the quarter was $1.4 billion, falling just shy of expectations, though the top line did increase 1% for full-year 2019. The company blamed the weakness on continued high promotional activity and challenges in North America.

Looking ahead to 2020, management is guiding to a low single-digit decline for revenue, driven by a mid-to-high single-digit decrease in the North American segment. The guidance includes an estimated negative impact of $50 million to $60 million on revenue due to the coronavirus outbreak, and the company is assessing potential restructuring charges of $225 million to $250 million related to shelving plans to open a New York City flagship store in 2020. 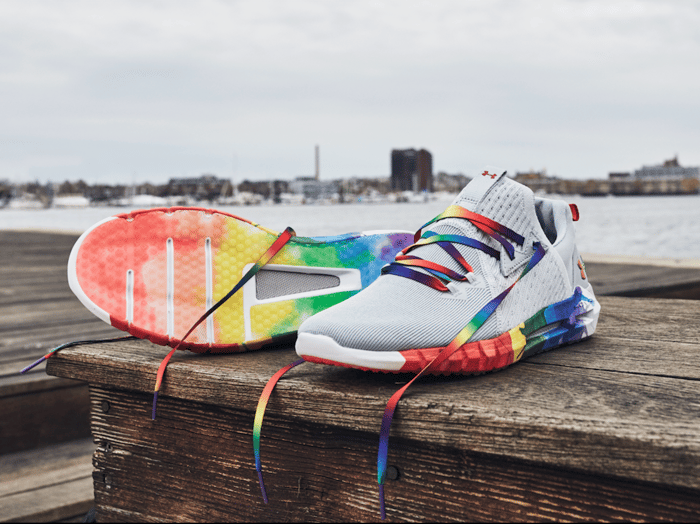 Discounting and slow execution are concerning

Soft demand in North America, as well as higher inventory levels and promotions, are hurting the domestic business. While Under Armour has been working on a restructuring plan since 2017, it appears that a return to growth will need more patience. The plan has included improving time to product and managing inventories in order to reduce discounting.

"Prior promotional activity has impacted consumers' willingness to pay full price for our brand to a higher degree than we originally anticipated," said CEO Patrik Frisk during the earnings call. Direct-to-consumer growth of just 2% fell far short of analyst expectations around 10%. The pattern of consumers waiting to buy Under Armour products at discounted prices will be challenging to overcome, especially if they associate the brand with frequent markdowns and lower price points.

While the company is working on improving its direct-to-consumer business, Under Armour is waiting until summer 2020 before launching an enhanced e-commerce site. There are plans to reduce promotional activity in e-commerce in the second half of this year, which will hurt revenue. Management acknowledged that progress has been slower than anticipated.

The brand is not keeping up with the competition

Frisk said the company remains committed to innovative solutions for athletes: "Our brand positioning is the human performance company that gives you the edge to go beyond any limit, and all of this is driven by delivering the world's most innovative products."

However, Under Armour doesn't seem to have the same level of cachet that many competitors enjoy. Piper Jaffray's Fall 2019 Taking Stock With Teens survey named Under Armour a brand that "teens were no longer wearing." Meanwhile, rivals like Lululemon and Nike both made the top ten list of most preferred apparel brands. This disconnect with Generation Z is important, as the demographic controls nearly $143 billion in spending power, according to research group Numerator.

As discounting tarnished the brand's appeal, Under Armour hired a new design chief in March 2019 to boost its standing, but major improvements to the company's results have yet to materialize.

With the turnaround taking longer than expected, investors will have to be patient, even after the stock has shed over 20% in the past year, underperforming the broad market by a wide margin. But the stock still trades at 60 times forward earnings estimates, making it even more unappealing given the issues the company faces. There is too much risk to owning shares of Under Armour right now.