Please ensure Javascript is enabled for purposes of website accessibility
Log In Help Join The Motley Fool
Free Article Join Over 1 Million Premium Members And Get More In-Depth Stock Guidance and Research
By James Brumley – Feb 21, 2020 at 8:15AM

New CEO Miguel Patricio is arguably on the right track, but the road immediately ahead is winding and full of potholes.

Credit has to be given where it's due. Relatively new Kraft Heinz (KHC -0.42%) CEO Miguel Patricio is thinking big. He has to. The stock's down more than 70% over the past three years -- reflecting the company's plight -- and still teetering on the verge of new multi-year lows.

Bold thinking alone isn't inherently a recipe for success, though. Patricio's plan is almost a 180-degree turnaround from everything the company was before he took the helm in July of last year. Not only is the job big, but it's also going to be complicated and time-consuming. It may be more of a project, in fact, than investors want to bother gambling on.

Still the wrong recipe for a Kraft Heinz turnaround

Even long-term shareholders would struggle to identify a specific reason Kraft Heinz is failing. 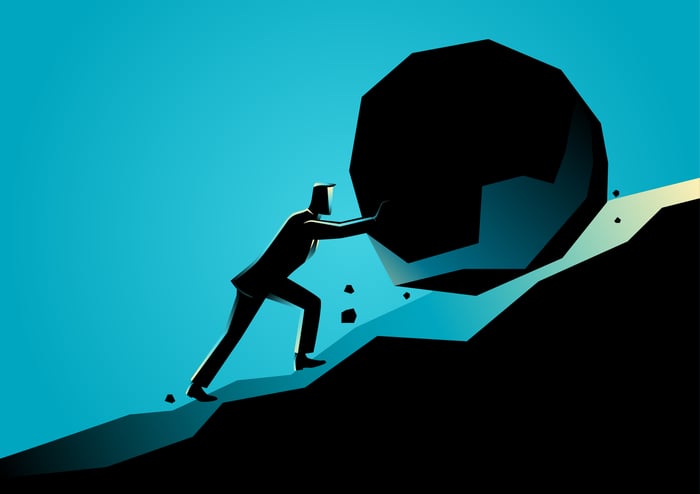 Like fellow food name Campbell Soup, Kraft Heinz has been contending with changes in the way people eat, and like General Mills, Kraft Heinz has faced rising freight and commodity costs that weren't offset by greater pricing power. Yet, somehow, Kraft Heinz still remains mired in more than its fair share of trouble. Last quarter's organic sales fell again, by a little more than 2% after adjusting for currency fluctuations, and declines in total volume contributed to measurable decreases of its top and bottom lines.

Might Kraft Heinz be just a little bit behind its rivals en route to recovery? Anything's possible, but a closer look at everything Patricio said -- and didn't say -- following the release of last quarter's numbers points to a more dire prospect. This company is attempting to do almost everything differently than how things were done less than a year ago, and while he's been at the helm for eight months, that's nowhere near enough time for Patricio to affect the sort of change he's got in mind.

Kraft Heinz is trying to do more with less

Most analyst debates about the future of Kraft Heinz eventually make their way to one particular sore spot -- innovation, or lack thereof. Shareholders expecting Patricio to build on the innovation effort his predecessor did enact, however, will want to reset their expectations. He's actually going to be doing less. All told, the CEO wants to reduce the number of new products in 2020 to about half of 2019's.

It's probably a step in the right direction for a food company in Kraft Heinz's situation. Such a move might work against other names in an environment where consumer preferences can change quickly, and competitors move quickly. But Kraft Heinz may be better served by getting back to basics, which it's going to do. In Patricio's words, "[B]ecause we have less innovation, we are concentrating more in the bigger brands that have more momentum, better margin and that we have to grow." The shift, however, calls into question the future of projects like brand incubator Springboard, acquired in 2018 as a means of bringing new brands to the market under the Kraft Heinz umbrella. Likewise, the company's true interest in recently acquired niche brands like Ethical Bean and Primal Kitchen also comes into question. Neither fall into the "bigger brands that have more momentum" category the company is now focusing on.

It's not just fewer products, either. Kraft Heinz is looking to reduce the number of creative and design (advertising and marketing) agencies it works with from 36 to 19. The latter is still a seemingly high number for one food company, but even so, the decision begs one question: If the organization had 36 agencies working for it, what might it be giving up when it culls nearly half of them? The subsequent planned 30% increase in overall media spending on core brands may also spur the need for new media buyers that aren't yet employed or contracted, adding to the complexity Patricio is trying to steer away from. 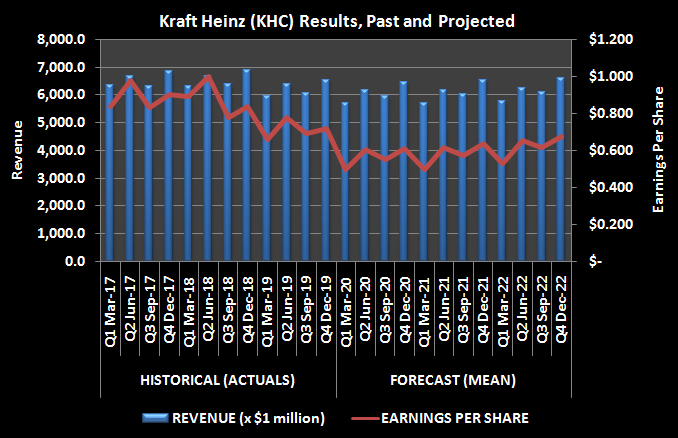 Less obvious within the company's recently revealed strategic plans -- but apparent to investors who keep close tabs on the company's internal developments -- is Kraft Heinz's new IT-based marketing machine being led by mostly new CIO Corrado Azzarita. Azzarita was made head of the company's information technology arm in September and charged with doing something constructive with 20 years' worth of consumer data. A platform called Evolv and a meal planning app called Meal Hero dovetail into this effort, but these are new efforts that neither its 37,000 employees nor countless millions of customers are accustomed to seeing.

Then there's the not-so-small matter of figuring out what to do with all the workers it just may not need anymore.

A monumental task lies ahead

When laid out like this, the height and slope of the mountain becomes concerning to the point of being intimidating.

That's not to suggest the mountain is impassable. Patricio, a former Anheuser-Busch Inbev executive, has enough experience in the consumer market and seems to have a feel for where Kraft Heinz went wrong. This is a massive undertaking, though, with lots of potential for bumps in the road. Investors may be better served waiting on the sidelines for greater certainty -- or at least until the company turns the earnings corner.