Please ensure Javascript is enabled for purposes of website accessibility
Log In Help Join The Motley Fool
Free Article Join Over 1 Million Premium Members And Get More In-Depth Stock Guidance and Research
By James Brumley - Feb 22, 2020 at 10:10AM

Plans for an upgrade of CBS All Access don't yet address the key headwinds already working against it -- and ViacomCBS as a whole.

The headlines suggested ViacomCBS (NASDAQ: VIAC) (PARA.A -0.24%) shares crashed on Thursday, because the company fell short with its fiscal fourth-quarter results. And to be fair, that news certainly helped to prompt sellers into action.

I'm going to contend, however, at least a good portion of the sell-off reflected concerns about the company's new streaming service. Plans for the service, revealed in conjunction with the quarterly results, are aptly described in the words of LightShed media analyst Rich Greenfield: "It's a mess."

1. It won't launch until late this year, at best

ViacomCBS already owns and operates the standalone streaming service called CBS All Access, which has been lapped by more recent entrants in the race like Walt Disney's Disney+. Nevertheless, for a venue that can't invoke the Disney name, CBS has done well, accumulating more than 10 million paying subscribers between CBS All Access and its standalone Showtime offering. 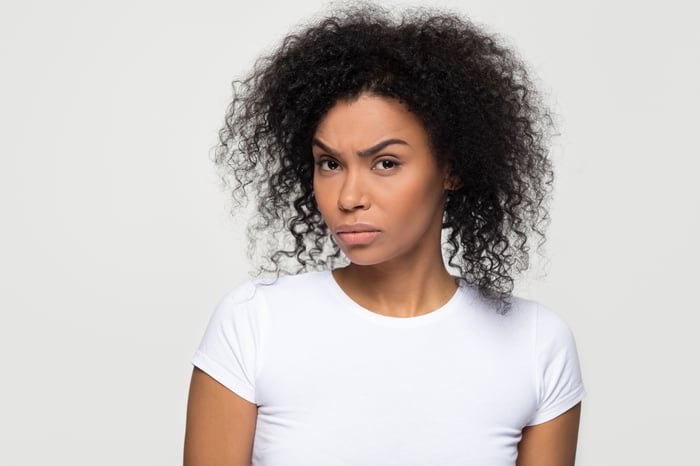 That was before Viacom and CBS merged, though. Now as one, CBS franchises can be paired with Viacom's Nickelodeon, MTV, Paramount movies, and more. Much of that content is going to be offered using the same delivery platform CBS All Access uses, but ViacomCBS CEO Bob Bakish didn't clearly say if CBS All Access would be enhanced, or if yet another streaming option would be made available to consumers. Bakish did say, however, whatever is intended will only see a soft launch later this year. The wording implies an official launch after that, perhaps even into next year.

That's problematic for one simple reason: Much is happening right now within the on-demand and live television streaming market that could cement consumers to one or two particular rival services. Netflix and Disney+ are pretty well entrenched already, and for network broadcast fans, Disney-majority owned Hulu and YouTube TV now serve over three million and two million viewers, respectively. NBCUniversal, a division of Comcast, is going to take its ad-supported streaming service, Peacock, live in April, and AT&T intends to enter the fray in May with a standalone streaming product called HBO Max, from its WarnerMedia arm. There may not be much of a market left to fight for by the time ViacomCBS prepares its next iteration of CBS All Access.

The merger of Viacom and CBS has left the combined company with a massive amount of content, and it intends to use as much of it as possible in as many places as possible. As Bakish put it, "Our strategy is to maximize the value of content by reaching the largest addressable audience," nodding to the 30,000 TV episodes and as many as 1,000 films from Nickelodeon, Comedy Central, BET, Smithsonian, and more that will be available to customers of the service.

It seems like a savvy play ... on the surface. Give consumers more content than they could ever feasibly watch and they'll have no reason to look anywhere else. Content fatigue is a reality, though. Nielsen reported last year that only one-third of streaming customers use their service's menu to find programs, and on average, viewers take seven minutes to make a decision. Many of them just go back to their previous program, or in some cases, back to traditional cable programming -- or worse still, walk away from their TV altogether.

Curiously, Disney+ has garnered more than 26 million paying members with a relatively small amount of content, only from its own library.

Finally, ViacomCBS' new streaming ambitions are going to press an issue that until now had been sidestepped. The company intends to offer some of the same programming to streaming customers that it's simultaneously licensing to cable television carriers.

This is uncharted territory. Cable companies like Comcast and DISH Network understand they'll be competing with other cable names offering much of the same programming. They've never had to compete directly with their content suppliers, though. Greenfield's rhetorical question, "If all the good stuff is streaming, either on their own service or on third-party platforms, why should Dish Network carry Viacom channels?" cuts to the heart of the conflict that could eventually force the cable industry to stop doing business with ViacomCBS, though neither party can truly afford such a decision. Cable names -- despite a wave of cord-cutting -- still pay handsomely for content that keeps their remaining 83 million households entertained.

That licensing money is also the lion's share of funding for production of programs and movies, however they're utilized.

For all we now know about ViacomCBS' planned improvements of its streaming offerings, there's still much we don't know. Maybe the newly-merged CBS and Viacom will knit together an offering that fills in all the current blanks and does so in an elegant way that doesn't frustrate customers or ruffle its partners.

As it stands right now, though, the company seems to be looking past all of its liabilities and overestimating its prospects.

Why ViacomCBS Is Making a Play for Miramax