Please ensure Javascript is enabled for purposes of website accessibility
Log In Help Join The Motley Fool
Free Article Join Over 1 Million Premium Members And Get More In-Depth Stock Guidance and Research
By James Brumley – Jun 2, 2020 at 11:38AM

The industry's powerhouses just teamed up in a way that leaves privacy hawks with little to complain about.

At a passing glance, the news seems inconsequential: Cable companies Charter Communications (CHTR -3.68%), Comcast (CMCSA -1.94%), and ViacomCBS (NASDAQ: VIAC) (PARA.A -2.78%) all now co-own consumer data-collection and anonymization company Blockgraph. All three cable names need data to maximize the effectiveness of the television commercials they air. Blockgraph is a way of organizing it. But this is a bigger deal than it may seem on the surface.

The amicable co-ownership among three rivals within a highly competitive industry indicates that all three big cable titans agree on at least one thing: Highly granulated digital data is the future of TV. While it's unlikely the trio of television powerhouses will ever know as much about you as Alphabet (GOOGL -1.40%) (GOOG -1.39%) or Facebook does, the big TV middlemen are taking a huge step in that direction.

Blockgraph was launched by Comcast in 2017, when the company first realized the cable television industry would soon face the moral hazard many web companies have tangled with for years: How much personal data can you collect about a consumer before it becomes too much and too personal? 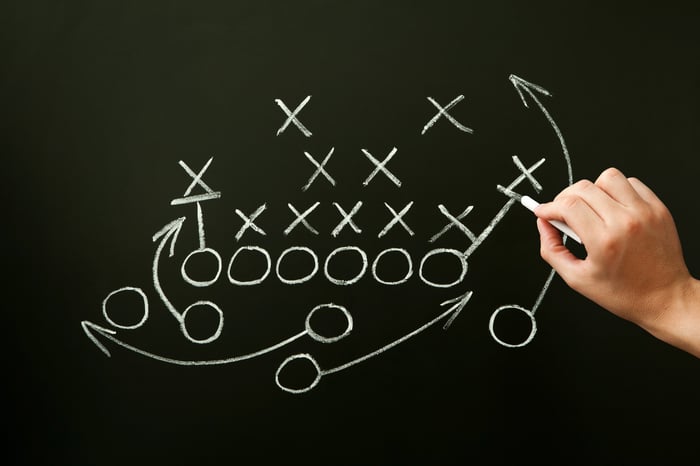 Broadcasts delivered via airwaves tell television service providers nothing about the viewer, and broadcasts delivered by coaxial cable are largely a one-way communication as well. But every on-demand streaming show you watch can be linked to your subscription as well as your home's internet address, which can be cross-referenced with other data known about you.

Blockgraph sidesteps the potential abuse of such data by stripping out the specifics about you, personally. But the remaining information is still of interest -- and use -- to cable providers and advertisers.

Such a relationship certainly requires a high degree of trust -- from consumers more than any other party. Blockgraph's owners and Blockgraph's users are one and the same. Both would potentially benefit if more personal data than intended were actually shared with advertisers. This is a case, however, where the risk related to discovering the abuse of off-limits data is far greater than simply accepting that not all information about a particular viewer needs to be shared with an advertiser.

Viewer privacy matters now more than ever, since all three aforementioned cable companies offer on-demand programming as an extension of traditional cable service.

ViacomCBS also sells a stand-alone, premium on-demand service called CBS All Access. Comcast's NBCUniversal launched Peacock for the company's existing customers in April and will launch the ad-supported, premium versions of Peacock to the public in the middle of next month. Charter (you know its cable TV service as Spectrum) has dabbled in the streaming arena as well, introducing a skinny bundle called Spectrum TV Essentials early last year at a very palatable price of $14.99 per month. The plan is only available to existing internet customers, but it's still a foray into the business. Also recall that ViacomCBS acquired ad-supported streaming service Pluto TV earlier this year as part of what's turned into something of a race for ad-supported streaming TV brands.

To make these cheap, subsidized alternatives to traditional cable pay off, running ads is a necessary but worthwhile evil. Digital TV research estimated last year that the ad-supported sliver of the global on-demand TV market would be worth $56 billion by 2024.

The flipside: In an environment where streaming services from on-demand giants like Netflix (NFLX -4.49%) and Walt Disney (DIS -2.60%) are commercial-free, it won't take very many television commercials to turn consumers off.

The solution is simple -- run fewer but far more potent ads. To make that happen, though, the advertiser must know a lot of detailed information about each anonymized streaming viewer.

Your TV is the next big data-collection device

This brings us back to Charter's, Comcast's, and ViacomCBS's interest in Blockgraph, which offers relevant data to advertisers without compromising consumers' privacy. As Blockgraph's newly selected CEO worded it, this joint venture creates an "opportunity to reshape data driven advertising in a way that's better and more sustainable for brands, publishers, content distributors and above all else -- audiences."

In more direct terms, with Blockgraph at its disposal, the cable television industry can now safely, sustainably proceed with the sort of data-gathering that's only made possible by delivering video through an internet connection. It's made possible at a time when ad-supported video on-demand, or AVOD, is just starting to prove itself.

It's unlikely the cable providers will ever get to know you as well as Facebook and Google know you, assuming you're a user of either company's offerings. eMarketer reported last year that, at least in the United States, people are now spending more time using their mobile devices than they are watching television. There's also only so much data that can be collected from understanding consumers' streaming habits. Google effectively records every search and every click you make using its search engine; there's little actual anonymity in using the web to interact with websites.

Still, your media consumption habits can say a lot about you, particularly when that data is turned into a full-blown profile of the person or people using the internet connection at your home. Plenty of personalized TV advertising is effective enough even if the advertiser doesn't know your name.

Comcast wins the most

The co-ownership of Blockgraph between Charter, Comcast, and ViacomCBS is a win for all three. But it seems to favor Comcast the most.

Comcast's NBCUniversal unit not only cultivated Blockgraph, but also began thinking about the future of streaming television advertising around the same time it began thinking about developing the streaming service that would eventually be dubbed Peacock. That line of thinking led to the creation of what's now called One Platform, or NBCUniversal's ad-buying platform for advertisers. But it was built with Blockgraph, Peacock, and the industrywide shift toward streaming in mind.

During One Platform's February unveiling, Comcast explained that it offers "marketers the power to reach all audiences everywhere they are across the full NBCUniversal ecosystem, and enables every impression to be data-informed."