One piece of SunPower's business continues to perform worse than investors hope.

When SunPower Corporation (SPWR -2.39%) reported fourth-quarter 2019 earnings last week it seemed like the company's performance was as good or better than what investors expected. Revenue rose from $525.4 million a year ago to $607.0 million, and gross margin improved from 6.9% to 20.8%, an impressive turnaround for the business.

But most of the improvement SunPower saw in the quarter was in its manufacturing business, which is being spun off as Maxeon Solar Technologies later this year. The residential and commercial business was far less impressive, with a gross margin of just 13.7%, and there's a big reason for that. Commercial solar continues to be a huge disappointment for SunPower. 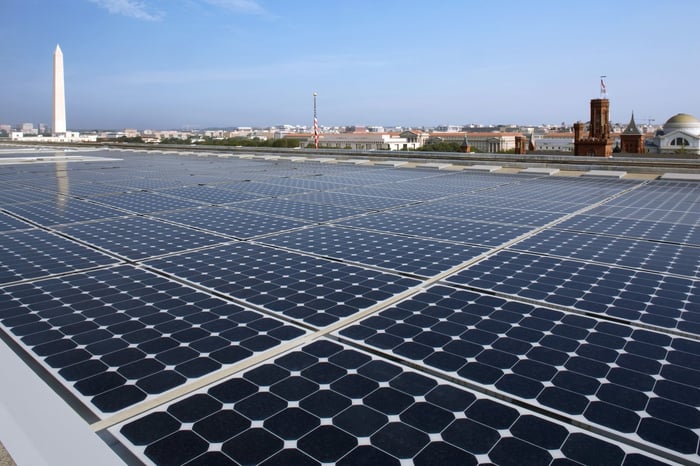 The fact is that commercial solar is still not profitable, and even with an announced restructuring to reduce fixed costs and put more installation onus on third parties, it's only expected to generate $5 million of EBITDA in 2020. For a business that generated $284.2 million in revenue last year, that's an extremely low EBITDA margin.

Delays related to permitting and interconnections were blamed for the poor performance last quarter, but this is a theme for SunPower. The company has built a huge business in commercial solar, and can't seem to make it profitable. And investors are starting to think that it never will be.

Residential solar is the rock star

As commercial solar struggles, residential solar continues to perform well and is driving financial improvement. After reporting an impressive 18.2% gross margin in the fourth quarter on 132 megawatts (MW) installed, the company expects to install 430 MW to 480 MW in 2020, with margins moving closer to a long-term goal of 25%.

SunPower is leveraging industry-leading technology and a dealer model that allows it to grow scale without hiring a large crew of installers. And after the Maxeon spinoff, the company will be able to focus on this model more closely, providing the technology installers need.

Can SunPower turn commercial solar around?

There's a blueprint for SunPower's commercial business that comes from its residential business. The company can use third party installers to actually put solar panels on roofs, while working on technology and lead generation in-house.

Management is focusing its attention on making some of these changes, but it'll take most of 2020 to change the business strategy. Investors should be cautious about buying into the commercial solar recovery that's being promised in late 2020, but even with a weak commercial solar business the "New SunPower" is expecting to have $1.2 billion to $1.4 billion of sales, gross margin of 14% to 17%, and a growth rate of 10% to 20%, so the overall business should be doing well. Long-term, that should lead to a profitable business, and if commercial solar turns around this could be a hit renewable energy stock for investors.