The tech behemoth has been on a roll.

Six years ago, Microsoft (MSFT -1.48%) began what some may consider its second phase as a company. That's when CEO Satya Nadella took the baton from Steve Ballmer, marking a handoff from the man who helped co-founder Bill Gates turn the company into a tech behemoth to the next generation of leadership.

Nadella set Microsoft on a different course, which is not easy considering how massive the business was already. Six years later, Microsoft remains one of the largest companies in the world with a market cap of over $1.3 trillion. 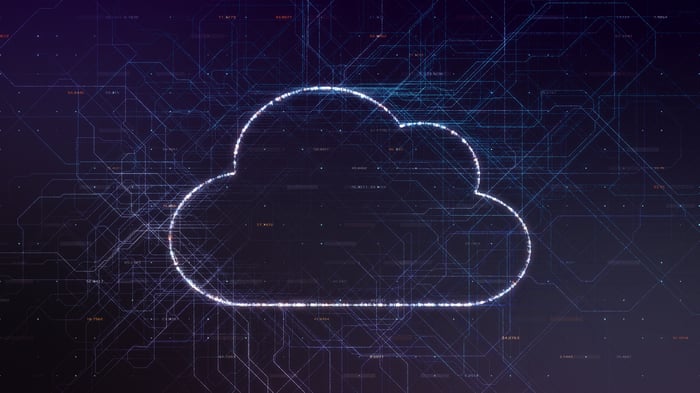 Microsoft clearly made the right call when it tapped Nadella as its new CEO in February 2014. The company had had slow, steady growth, but it had been coming off a couple of big whiffs with Windows 8 and its latest effort to break into the smart phone business with its Windows phones.

Nadella's big pivot was toward cloud computing. The company rebranded Windows Azure -- its existing cloud service -- as Microsoft Azure in 2014 and has turned it into the second-largest cloud computing infrastructure service, second only to Amazon.com's (AMZN -2.72%) Amazon Web Services (AWS).

In 2015, the cloud business was generating about $6.5 billion in annualized run rate. Two years later it reached a $20 billion annualized run rate. In the second-quarter 2020 earnings report, Microsoft reported that its Intelligent Cloud business generated $11.9 billion in revenue in the quarter alone, a 27% increase over the previous year's quarter. For the first six months of the fiscal year, Intelligent Cloud revenue was up the same percentage to $22.7 billion compared to the same period the previous year. The intelligent cloud business represents about one-third of the company's revenue, but is the fastest growing segment due to its competitive advantages, as Nadella explained last year during the companyʻs third-quarter earnings call:

From the outset, we took a differentiated approach to the cloud to meet the real world needs of customers. Our architectural advantage is a clear reason for our success. Azure is the only true hybrid hyper-scale cloud that extends to the Edge. Operational sovereignty is increasingly critical to customers and Azure uniquely provides consistency across development environments, operating models and technology stacks whether connected or disconnected to the public cloud. And we are accelerating our innovation.

The company's success in the cloud computing space has driven it to be one of the best performing stocks in recent years. Last year the stock price rose 55% and this year it's already up around 14% year to date.

Meanwhile, Azure continues to gain market share. It won a huge Pentagon contract last year (which is being challenged by Amazon). A federal judge recently ordered Microsoft to halt work on that contract as part of the ongoing legal dispute.

At the same time, there are new growth engines emerging on the horizon, as my Foolish colleague Donna Fuscaldo pointed out in a recent article. One is the expected reboot of Windows 10 called Windows 10X, which will be designed to support dual-screen devices, among other upgrades. The other is its new foldable devices, Surface Neo and Surface Duo, which are due out at the end of this year. The Neo is a foldable tablet while the Duo is a foldable smartphone, marking Microsoft's latest attempt to enter the mobile phone market.

Nadella also sees growth opportunities in the Internet of Things (IoT) market. Two years ago, the company invested $5 billion to boost its resources there. Last year, Microsoft acquired Express Logic, an IoT provider, in an effort to ramp up its IoT capabilities through its Azure platform.

Over the past five years, Microsoft's stock price has had a total return of about 355% as of Feb. 18, the best five-year stretch since the 1990s.

Call it a rebirth, a refresh, a resurgence. Whatever term you use, itʻs clear that Nadella is piloting the ship in the right direction. And this leg of the journey is just getting started. A lot will change in technology over the next five years, but Microsoft is in a great position to adapt and thrive with much room for growth.