These relative newcomers to the landscape of publicly-traded biotech stocks could be big winners for early shareholders.

Biotech companies early in the process of drug development have proved to be an extremely fruitful area for investors on the hunt for life-changing growth opportunities. In fact, the 10 best-performing stocks every year for the past decade have consisted largely of clinical-stage biotechs.

Which developmental biotechs should aggressive investors have on their radar screens? Atreca (BCEL -6.03%) and Crinetics Pharmaceuticals (CRNX -1.89%) are two names with explosive growth potential in the years ahead. Here's a brief overview on each company. 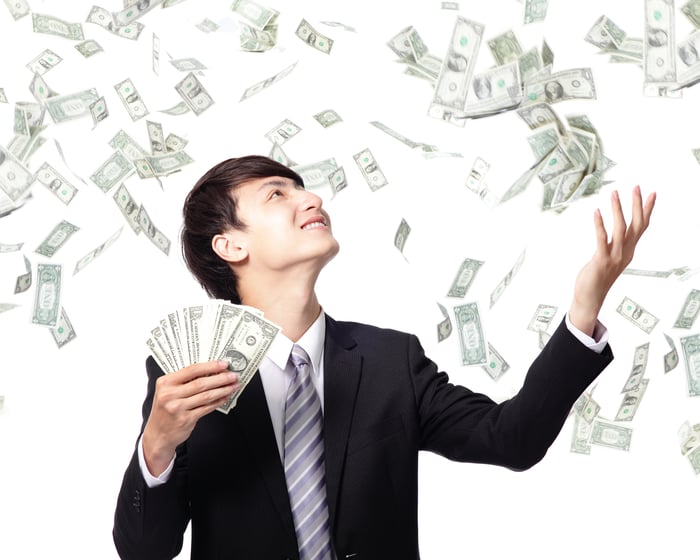 Atreca: A potential game-changer in the field of immunotherapy

Since going public in June 2019, Atreca's shares have risen by a healthy 24.2%. Although this name hasn't caught on among most retail investors yet, Wall Street's elite have been slowly gobbling up big chunks of this drugmaker ever since its debut as a public company.

Two of Atreca's biggest shareholders, in fact, are Baker Bros. Advisors and the Bill and Melinda Gates Foundation. That's an unusually strong set of top-shelf investors for a company with a novel and completely unproven immunotherapy platform.

What's attracting some of Wall Street's best investors to this name? Atreca's main selling point is its unique take on immunotherapy. The company's approach centers on developing therapies based on the immune responses of cancer patients. By doing so, Atreca has been able to develop a sizable library of potentially therapeutic monoclonal antibodies, many of which might be able to be used against a wide swath of solid tumors.

Where do things stand now? Atreca recently entered the clinic with its lead antibody, known as ATRC-101. The company is conducting a dose-escalating basket study (a number of different solid tumor types) to assess its efficacy and safety in various ways.

The big investing takeaway is that this early-stage data could attract multiple partnering deals, or perhaps a buyout offer. Immunotherapy companies with novel mechanisms of action are a highly sought-after commodity in biopharma these days. Atreca, in turn, appears poised for a huge jump with the help of a major partner, if its well-differentiated immunotherapy platform is validated in human subjects.

Crinetics: A rare-disease play that's worth the wait

Rare-disease stocks have a strong track when it comes to producing enormous returns on capital. The market adores these types of companies because their products tend to have longer than normal shelf lives, less blowback over premium pricing structures, and generally less competition. As such, it's not uncommon for rare-disease stocks to trade at 10 to 15 times the peak sales estimates of their lead product candidate. Crinetics, a clinical-stage rare-disease drugmaker focusing on ailments associated with the endocrine system, could be the next name to follow this rich tradition.

The lowdown is that Crinetics' most advanced candidate is paltusotine, an experimental treatment for acromegaly, a growth hormone disorder.

Acromegaly is generally characterized by abnormally large hands and feet and is considered clinically distinct from gigantism. While there is a well-established pharmaceutical regimen for acromegaly, the current cohort of available therapies are typically painful and frequently ineffective and require inconvenient dosing schedules. Paltusotine, if proven effective, would be the first orally administered treatment that can be taken from the comfort of one's home.

What's the big deal? Acromegaly is forecast to grow into a $3 billion-a-year pharmaceutical market by the end of the decade. That's a staggering commercial opportunity for a company with a market cap of $571 million. The major drawback with this stock, though, is that paltusotine is at least two years away from reaching the market. So shareholders will definitely need to be patient with this promising rare-disease drugmaker.

That being said, Crinetics has the potential to deliver some truly staggering returns on capital over the current decade based on the prospects of its lead candidate, as well as its earlier-stage pipeline assets indicated for Cushing's disease, congenital hyperinsulinism, and neuroendocrine tumors.

Taken together, Wall Street thinks these additional assets may represent another $1 billion-a-year addressable market opportunity for Crinetics in the coming decade.