The company says it needs to see tighter control of sales to underage customers in the world's fourth-largest country.

Top e-cigarette maker JUUL Labs is pulling out of Indonesia, at least temporarily. By doing so, it is taking leave of the world's fourth largest country by population and a potential customer base of more than 270 million souls.

The company revealed its plans to Reuters, which had been questioning JUUL officials about its alleged marketing to young people in Asia. 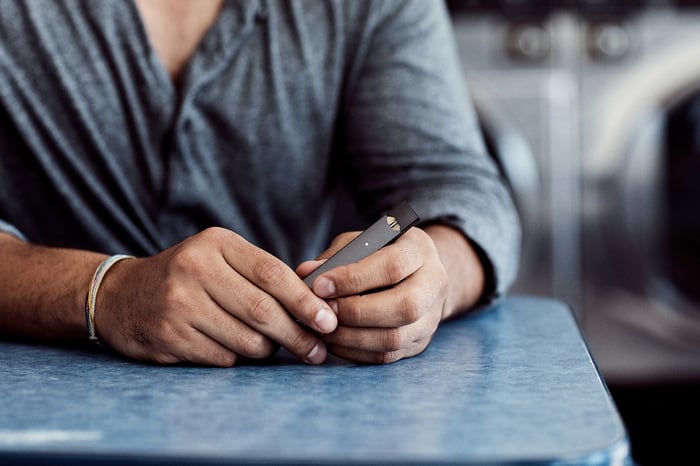 The company, which has been bolstered by a substantial investment from U.S.-based tobacco giant Altria (MO -0.72%), essentially blamed local sellers for difficulties arising from underage consumption. The company told Reuters it would restart sales in Indonesia if domestic retailers "increase and enforce age restrictions and compliance measures."

Altria holds a 35% stake in JUUL; it has not yet made any official comment regarding its partner's indication to suspend sales in the Indonesian market.

In Western countries such as the U.S., JUUL has come under fire for targeting its products at those who are legally too young to smoke. This is particularly problematic for the company in the American market, as it faces a rapidly approaching deadline to file a pre-market tobacco application (PMTA) for Food and Drug Administration (FDA) approval for its wares.

Juul's struggles have caused Altria to write off nearly $9 billion of the $12.8 billion it paid to buy into the e-cigarette specialist. This has negatively affected sentiment on Altria, which, despite being considered a top dividend stock, has sunk recently -- its share price has declined by nearly 12% since the start of the year, against the essentially flat performance of the S&P 500.