Can GSX Techedu continue to impress investors with its triple-digit revenue and earnings growth? 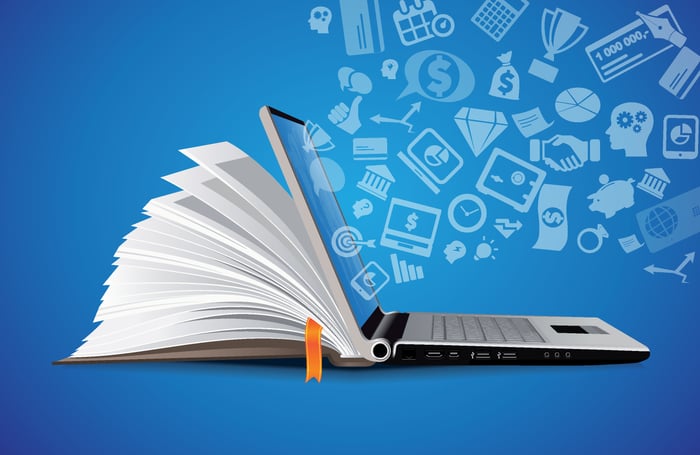 For the full year, GSX's revenue and non-GAAP net income rose 432% and 1,021%, respectively. Those massive growth rates explain why the stock surged more than 300% since its public debut last June -- despite all the market noise regarding the trade war, tariffs, China's economic slowdown, and the coronavirus outbreak.

But even after that meteoric rise, GSX still trades at 8 times forward earnings. Does that low valuation indicate that GSX is an undervalued growth stock which could generate even bigger multibagger returns?

GSX operates a live streaming platform that enables instructors to reach up to 100,000 students per session. It hires its own certified teachers instead of freelancers, and it claims to hire fewer than 2% of its applicants. GSX also develops its own in-house curriculum instead of relying on third-party materials.

GSX claims that the "significant imbalance of education resources between urban and more remote areas in China" will fuel its long-term growth. It also noted a major jump in online enrollments as schools remained closed during the coronavirus outbreak.

Those growth rates look rock-solid, but investors should note that its revenue growth accelerated for the full year as its gross billings decelerated:

GSX defines gross billings as the total amount of cash it receives after it deducts refunds. Since GSX offers complete refunds on unattended classes, its deceleration in billings growth suggests that a growing number of students aren't completing entire courses. During the conference call, GSX CFO Shannon Shen also admits that a "large lot" of its new enrollments during the quarter came from promotional and free offers.

Shen also noted that GSX's operating margins will be weighed down by massive summer promotions throughout the second and third quarters of 2020, but didn't offer any revenue, margin, or earnings guidance for the full year. It expects its revenue to rise 303%-311% annually in the first quarter of 2020, while analysts expect its revenue and earnings to rise 166% and 144%, respectively, for the full year.

GSX's stock is certainly undervalued relative to its growth, but it remains throttled by concerns about the increasing competition and its growing dependence on promotional offers. GSX's decision to allow "certain" shareholders to sell 15 million shares in a secondary offering last November also raises eyebrows.

Those concerns are all valid, but I think GSX could still climb higher as the online education market expands amid the coronavirus outbreak. The ride might be bumpy, but it's still a good speculative play for investors who can stomach the volatility.