Investors just gave Churchill Capital $1.1 billion and do not know yet what they will get for their SPAC investment.

Churchill Capital Corp III (CCXX.U) successfully raised $1.1 billion in an IPO on Feb. 13. You would be forgiven if you missed the news -- the IPO didn't receive much media attention despite its status as one of the largest offers so far this year.

Churchill Capital III isn't a traditional business, it is a special purpose acquisition vehicle, or SPAC. SPACs raise money in the public market in order to buy another company -- in other words, Churchill Capital doesn't have a business, but it plans to use the $1.1 billion raised from investors to acquire one.

Breaking all the rules

Churchill Capital III isn't a typical SPAC. For starters, the $1.1 billion IPO was the largest ever in the asset class. Most SPACs typically raise a more modest sum in the range of $50 million to $400 million. However, these blank-check companies have grown in popularity in recent years and investor appetite has clearly grown to accommodate larger listings.

The other peculiar thing about Churchill Capital III is that it hasn't specified what kind of business it will pursue. Typically, SPACs target an industry to make an acquisition in -- usually an industry that the SPAC's CEO has worked in and knows well. The lack of a specified industry gives Churchill CEO Michael Klein ultimate flexibility.

Finally, Churchill Capital III has gone public while Churchill Capital Corp II (NYSE:CCX) is still searching for a deal. While it is not unusual for SPAC sponsors to create a series of SPACs around a similar team or theme, they usually only have one SPAC in the market at a time. Both Churchill II and III are led by Michael Klein and it is not clear why III has been brought to market at this time -- perhaps Churchill II is nearing a deal? 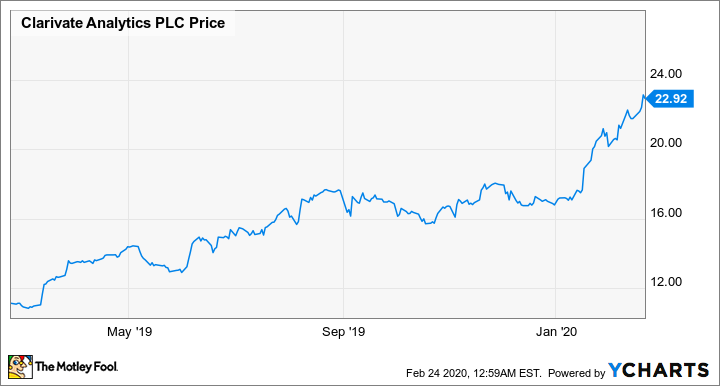 Other clues about what to expect from Churchill III can be gleaned from Michael Klein's professional background. Klein has a storied career in the financial services industry: He was the vice-chairman for Citigroup and chairman and co-chief executive officer of Citi Markets & Banking. Today, he runs his own investment bank. Given that, the financial services industry could be a potential target. However, as a banker, Klein has advised on large deals in a variety of industries including chemicals, mining, and pharmaceuticals. So, few industries are really off the table when it comes to what the company may buy.

Is it worth investing in?

Investing in a SPAC is really a vote of confidence in the SPAC sponsor. In this case, Michael Klein is running the show. Investors would have done extremely well with an investment in Churchill Capital I, but that is a sample size of one.

There are plenty of other non-Churchill SPACs that have done well. For example, Virgin Galactic is up more than three-fold since it went public via a SPAC in 2019. There are also plenty of SPACs that have completely flopped -- it all depends on the deal that is negotiated.

The interesting thing about Churchill Capital III is that is it much larger than any other SPAC, and therefore competes for deals in its own league. This could result in a more interesting acquisition. The ultimate result is unknowable at this point but one thing we do know is that it will be a large deal.